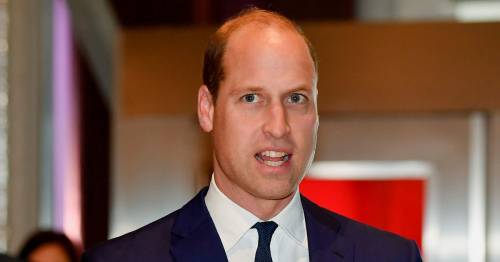 Prince William banned royal aides from briefing against the family after media attacks on Prince Charles and Princess Diana, it has been claimed.

It comes as episode 1 of the BBC's The Princes and The Press documentary series – exploring the relationship William and brother Harry have with news outlets – screened on Monday night.

The Firm was reported to be furious at not having been given an opportunity to properly respond to claims made in the programme.

The first instalment charted the years from the Queen’s Diamond Jubilee in 2012 up to the wedding of the Duke and Duchess of Sussex in 2018.

It told how claims emerged of a “rift” between the Sussexes and the Duke and Duchess of Cambridge.

William was reportedly determined to maintain a united front after he saw the bitter public battles his parents had in the media, which was briefed on both sides causing major family conflict.

Get our daily newsletter for the latest news on William, Harry and the rest of The Firm. Click here to sign up

A royal source told the Sun: "William was clear from the start that we were never to brief and never to say anything about anyone in the other households.

"He’d lived through that in the ’90s with his parents during the 'War of the Waleses' and doesn’t ever want it happening again.

"He’s in a much better place [with the press] than his brother and the things that would bother him don’t. Harry will hopefully get there too."

The source claimed that there was "real hope" Harry could "bury his demons", with the help from his brother, but it didn't work.

Prince Charles and Diana had public rows in the media
(

Episode 2 of the series, out next week, examines the period from 2018 to 2021, and the royal tours of the Sussexes and the Cambridges.

Insiders at Buckingham Palace, Kensington Palace and Clarence House were said to have been particularly angry at not having been given the chance to view the show.

BBC guidelines require all news and current affairs documentaries to offer the right of reply to those discussed in the shows, where appropriate.

The BBC said: “The programme is about how royal journalism is done and features a range of journalists.”