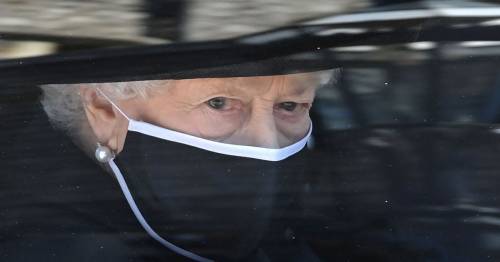 Prince Philip would want the Queen to 'keep calm and carry on', a royal expert has claimed after the Queen showed remarkable composure at her husband's funeral.

The Queen cut a dignified figure as she sat alone at Prince Philip ’s funeral, despite losing her husband of 73 years, and it was to be expected says royal expert Penny Junor.

Due to Covid restrictions, the Queen was forced to sit alone in St George's Chapel as she said goodbye to her “strength and stay”.

Penny Junor has said the image of the grieving Queen sitting by herself reflected the “remarkable woman” that the monarch is. 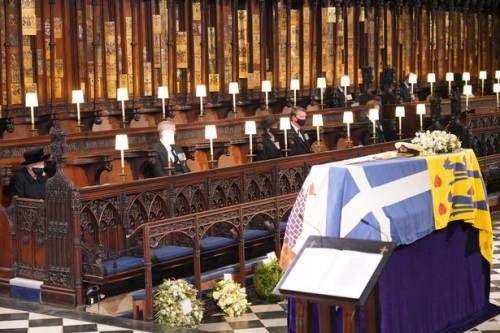 The Queen has shown she has been able to overcome many tragedies during her long life
(Image: Getty Images)

The royal biographer wrote in The Sun : “Ever resilient, ever composed, she has kept calm and carried on. As she will do now, as Prince Philip would expect her to do."

Before the service began, the Queen was on her own for a full ten minutes and was seen with her head bowed in a quiet moment of reflection.

Covid restrictions saw members of the royal family sit with their own households with social distancing in place and face masks worn.

Junor said that Philip's own character will have helped the Queen cope with the funeral.

She wrote: “And with his practical, unsentimental, stiff-upper-lip attitude, he will, I have no doubt, have provided succour, comfort and the resolve to keep on going, to keep the tears for private moments and not for public display.” 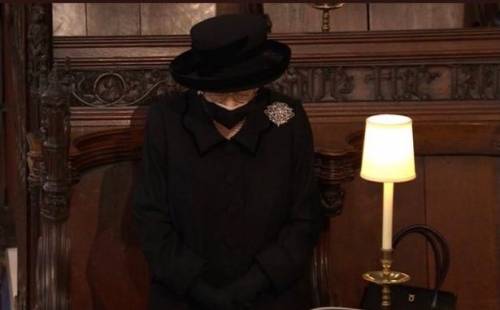 Junor has said how grief will not define the Queen who has overcome difficulties and crises throughout her reign.

One of the toughest losses for the Queen was when her father King George Vl died in 1952 and it was Philip who broke the news to her.

The young married couple were away in Kenya on a Commonwealth tour when her father, who she had a close bond with, died and she was thrust into the limelight. 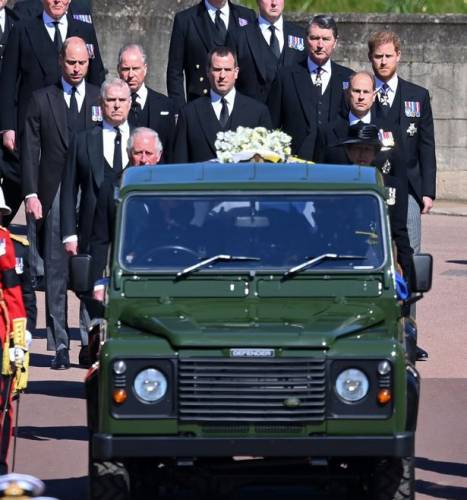 Prince Philip's coffin was brought to the funeral in a converted Land Rover as he wanted
(Image: Tim Rooke/REX/Shutterstock)

Philip wanted a no fuss funeral and due to the pandemic only 30 people were allowed to attend. The Queen was involved in making the arrangements to still ensure that the send-off was the one that Philip had wanted.

The couple's children and grandchildren walked behind a specially designed Land Rover which was used to carry Philip’s coffin to the service.

At the end of the service the buglers sounded Action Stations. The short piece, picked by the Duke of Edinburgh, was a fitting finale and is played on a warship to signal all hands should go to battle stations.

The royal family will continue to grieve this week following the Duke of Edinburgh's funeral, although the period of national mourning has ended.

The ceremony in St George's Chapel at Windsor Castle on Saturday reflected Philip's lifelong support of the armed forces, having had a close connection with the Navy for more than 80 years.

His coffin, draped with his personal standard, featured his Admiral of the Fleet naval cap and sword next to a wreath of white flowers chosen by the Queen with a handwritten card from his wife of 73 years.

Previous : Prince William ‘requested’ Peter Phillips walk between him and Harry for funeral
Next : Brits hit the pub as drinkers down six million pints on first Saturday of lockdown easing