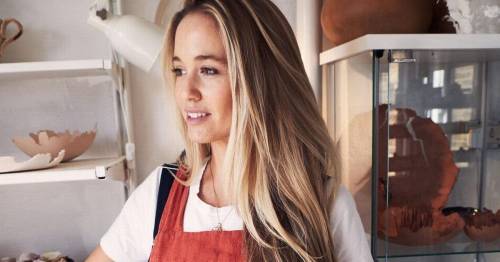 A former girlfriend of Prince Harry has admitted she feels "lucky" that the split up and that their relationship did not last because of the lifestyle it brought.

Florence St George, a former model who dated Prince Harry in 2011, said she struggled with the media attention their relationship received.

She also said that she “takes [her] hat off to people who can cope with that lifestyle”, potentially referring to the Duke of Sussex's wife Meghan Markle, who he married in 2018.

“My privacy ended abruptly, and the scrutiny began,” she told Stella magazine.

“A new story would appear almost every day in the press, my school friends were interrogated and there were photographers outside my front door.

But Florence said she struggled with the spotlight
(

“I take my hat off to those people who can cope with that lifestyle, but I knew I couldn’t. Although it was sad at the time, I feel lucky that the relationship was short lived.”

Another of Prince Harry's high profile relationships was with Zimbabwean lawyer Chelsy Davy, whom the Duke had known since his school days.

Harry would of course go on to marry Meghan Markle
(

However, she also ended their romance after realising she wasn't cut out for royal life, with the realisation reportedly coming after she watched the Duke and Duchess of Cambridge tie the knot in 2011.

Royal biographer Robert Lacey explains in his book Battle of Brothers that shortly after the wedding, where Harry had been his brother's best man, Chelsey finally ended their long romance.

He writes: "In 2011, after more comings and goings, she finally decided to go – and it was, ironically, Kate and William's grand and glorious wedding that spring that did it for her.

Prince Harry and Chelsy Davy pictured together in 2010
(

"According to a friend, she told Harry that she could never make the sacrifices she had witnessed Kate making, particularly when it came to moulding her life around the unremitting attention of the press."

It wasn't just Chelsy who decided against royal life – his next girlfriend Cressida Bonas did too.

Harry and Chelsy at the rugby together in 2008
(

Mr Lacey added: "A rising actress, Cressida did not enjoy the critical remarks that she could hear people making behind her back when she walked down the street in London – she felt that the fame of her relationship put her 'in a box'."

Previous : How do pigeons navigate? It’s not the tiny iron balls in their ears.
Next : Mum’s agony as disabled son ‘wants to go to heaven as it hurts too much here’