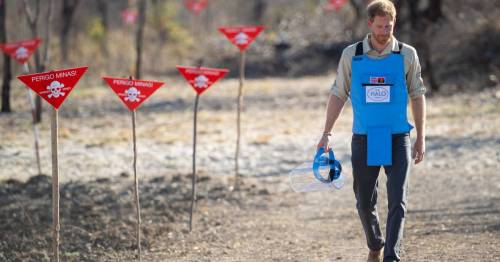 Prince Harry has described an attack on a de-mining camp in Afghanistan which left 10 people dead as an "act of barbarism".

The attack in the nation's northern Baghlan province on the workers for the Halo Trust, a British charity supported by the Duke of Sussex, wounded 16 others.

Harry urged the charity's supporters to "rally to their cause and help in any way" in a statement issued on Thursday evening.

He said: "In all, 26 members of The Halo Trust's Afghanistan team were killed or injured on Tuesday night in what was nothing less than an act of barbarism.

"I honour those who have been lost and encourage support for the survivors and the families of those affected. Those who work for Halo in Afghanistan face risks every day to remove the lasting- and still deadly -scars of war and conflict. 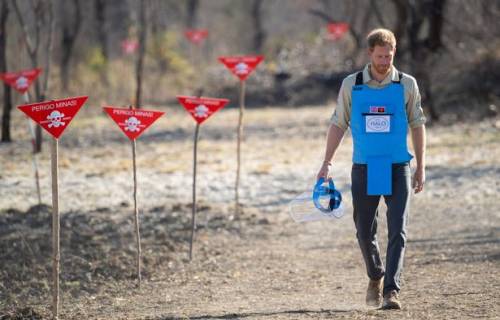 Harry during a visit to see the work of landmine clearance charity the Halo Trust in 2019
(Image: PA Wire/PA Images)

"The men who were attacked come from the very communities in which they work. They joined Halo to protect and restore their country and their homes.

"As I understand it, the deminers who lost their lives were also protecting their friends. These workers put their lives on the line every day to make the world a safer place.

"This brutal act reminds us that we must stand in solidarity with humanitarian aid workers and the communities they serve." 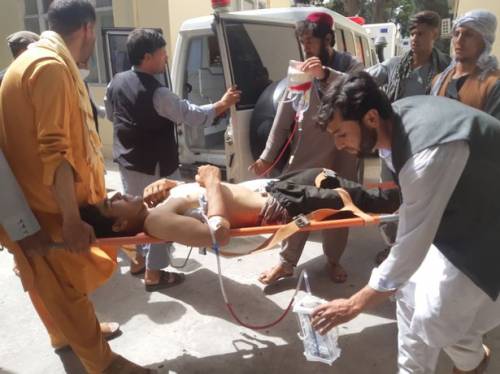 The Halo Trust had confirmed the attack was carried out by an unknown armed group.

An affiliate of so-called Islamic State has claimed it was behind the incident.

The Halo Trust was supported by Diana, Princess of Wales, and has had a close affiliation with the Duke of Sussex.

During a visit to Africa in 2019, Harry retraced the steps of his mother, who walked through a partially-cleared Angolan minefield in 1997 to highlight the trust's efforts and the threat of the military munitions.