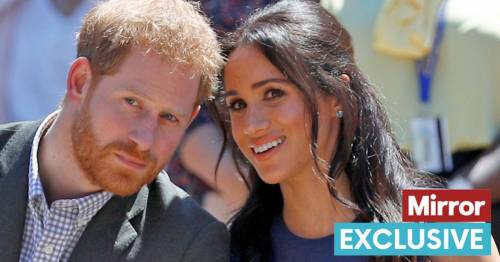 Netflix bosses hope the Duke and Duchess of Sussex will film at their first family home during their upcoming Jubilee visit.

It is understood Harry and Meghan and kids Archie, three, and Lilibet, 11 months, will stay at Windsor’s Frogmore Cottage for next month’s celebrations.

But it is uncertain if Palace aides will attempt to block Netflix cameras from filming the Sussexes there.

A royal expert said a ring of steel has been put around the Queen and advisers have warned Harry and Meghan against using her for a Netflix documentary.

A consultant for the streaming firm said pressure is growing on the couple for ­exclusive royal footage. And an ­insider claimed the Sussexes, who did a reported $100million deal with the US giant, were “naive” to think that their programme ideas would be “simply signed off”.

It is understood the Sussexes will stay at Frogmore Cottage
(

Development of Pearl, an animated series with Meghan as an executive producer, has been cancelled by Netflix, which has had a fall in subscribers.

Another possible glitch in filming at Frogmore Cottage is it would need ­approval from the current residents – the Queen’s granddaughter Princess Eugenie and husband Jack Brooksbank, who have 15-month-old child August Philip.

Cousins Harry, 37, and Eugenie, 32, have remained close despite the Sussexes stepping down as senior royals in 2020 and moving to California.

Harry and Meghan, 40, like “non-working” royal Prince Andrew, have been barred by the Queen from the Palace balcony for the Trooping the Colour ceremony on June 2.

A US consultant for Netflix said: “The Jubilee is the biggest gathering of UK royals in years and means that Harry and Meghan will be around everyone.

“Away from the public presentation of unity between the brands, the chiefs want exclusive footage and their dream is to have insights in that royal world never seen before.

“What goes on at Frogmore Cottage is effectively private interactions between family. Frogmore is a grey area in terms of whether it comes under full-time ­jurisdiction of the courtiers. If everyone agrees to filming scenes there, that would be exclusive, unique material never seen before.

“The dynamics of that are still a tricky matter, especially with some courtiers pushing for the Duke and Duchess to not film at any royal residences.”

The consultant said: “We are getting to a point within the business where Netflix executives are evaluating what content around the royals and the Sussexes is actually ­coming into them.

“If you are at the network, then you signed them for their unique attraction and selling point given their royal access and insight.

“Sure, both are creative and Harry has produced some powerful mental health documentaries, but the big-money deals are for big projects.

“That is why the tens of millions of dollars was potentially laid out, but many at the business are wondering what ­happens if the Sussexes are unable to deliver unique, exclusive and interesting content from the biggest event in recent years for the royals.”