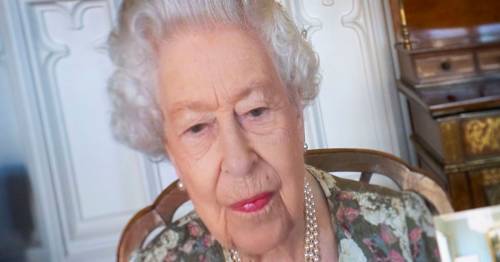 Meghan Markle and Prince Harry introduced the Queen to their new baby over video call as soon as they returned from hospital, it has been claimed.

According to sources, the proud new parents couldn't wait to show little Lilibet Diana Mountbatten-Windsor off to her great grandmother.

The sentimental move to name their second child after both Her Majesty and Princess Diana, Harry's mother, has received a mixed reaction.

But it has been said the couple were quick to jump on a virtual call to the Palace where the Queen was 'excited' to see her.

Her Majesty has been quick to pick up Zoom during lockdown, and is now reported to be fond of the video chat site and uses it to keep in touch with members of the royal family. 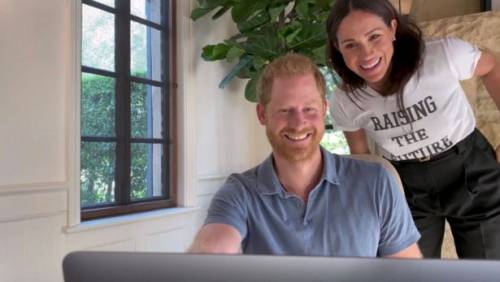 Harry and Meghan wanted to show off the new arrival
(Image: Apple TV+)

Writing on their website Archewell on Sunday, Meghan and Harry announced their daughter had arrived two days earlier.

The royal family were quick to release a statement expressing their joy and it appears the Queen got a close-up look at her new granddaughter.

A source told People that after returning home from the hospital, they introduced Harry's grandmother to Lilibet via a video call.

They added: "They were very excited and couldn't wait to share that their daughter arrived."

Big brother Archie "is very happy to have a little sister", said a spokesperson for the pair added.

Sources close to the couple claim that they now plan to take both paternity and maternity leave.

Page Six reports the royal pair will not be working at all for quite some time following the birth. 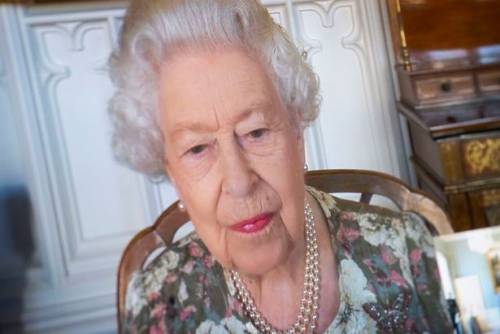 The Queen has quickly got to grips with Zoom
(Image: PA)

“They will both take some proper time off,” a source told the publication before Sunday's announcement.

“It will be the summer and they want to make sure they both take their leave so they have some real quality time together once the baby arrives.”

Royal expert Duncan Larcombe explained why Harry and Meghan's choice of baby name could be an attempt to build bridges with the royals from across the pond.

It shows Harry and Meghan are keen to repair relations, he told OK!. 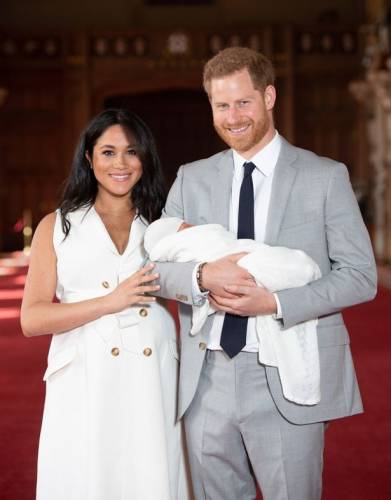 The couple were quick to jump on a virtual call to the Palace, it was said
(Image: PA)

"It's a lovely gesture on the part of Harry and Meghan," Duncan said.

"The baby name is the first sign of an olive branch to the royal family. It's a sign they want to build bridges.

"There has never been any suggestion of a fallout with the Queen and Harry. His war is with the institution, not his grandmother.

"The Queen is hugely proud of the man Harry has become and she will be chuffed to bits over the name choice.

"She will see this as a loving gesture from her grandson. And I believe it's Harry's way of showing that he wants to honour one of the most important women in his life."