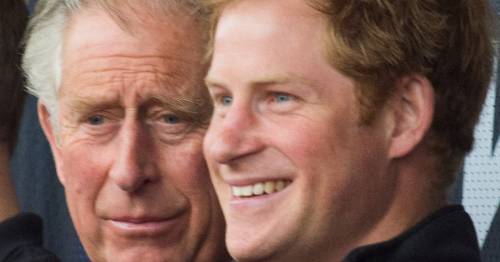 Prince Harry and his dad Prince Charles are in 'regular contact' following the birth of baby Lilibet, it has been reported.

Reports say that the second in line to the throne has been speaking to his younger son frequently and that their relationships has 'turned a corner' after the recent family feud.

Prince Harry and Meghan had accused the Royal Family of a string of allegations in a number of interviews over the last few months, beginning with the infamous sit-down with Oprah.

Prince Harry has also given interviews in recent months and on his Apple TV mental health series he talked about the trauma he suffered growing up in the Royal Family, and how he now hoped to break the cycle of pain.

On Sunday the Duke and Duchess of Sussex announced the birth of their second child, after she was born in a hospital in Santa Barbara, California on Friday weighing 7lbs 11oz. 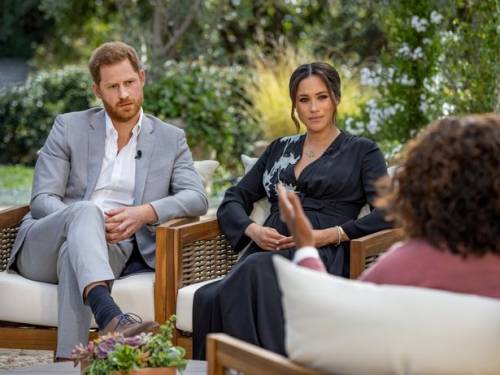 Bombshell claims were made during the couple's interview with Oprah
(Image: VIA REUTERS)

Her name Lilibet is the Queen's childhood nickname, and one used by her late husband Prince Philip.

The Daily Telegraph reports that following the birth the Prince of Wales and the Duke of Sussex are staying in “regular contact” with each other, sources claim.

The publication claims that he has been speaking to his younger son 'frequently' and their relationship has 'turned a corner following the raft of shocking claims.'

The Queen is also reported to have invited the Duke to join her for lunch at Windsor Castle later this month, when he is due to return to the UK for the unveiling of a statue of his mum, Diana, Princess of Wales, on July 1.

Thrilled Prince Charles described the birth of the Duke and Duchess of Sussex's daughter as "happy news" as he addressed the arrival for his granddaughter for the first time on Tuesday.

Charles commented on becoming a grandfather for the fifth time following the birth of Lilibet "Lili" Diana Mountbatten-Windsor during a visit to a production plant for the Mini at Cowley, Oxford.