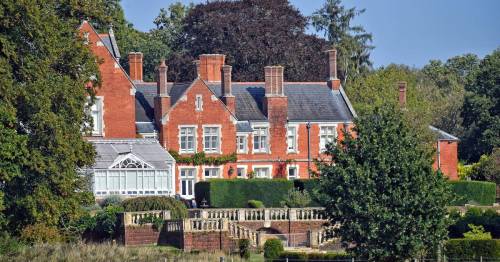 Prince Edward and Sophie Wessex have given an exclusive insight into their Grade-II listed home in never-seen-before photos.

Royal fans were offered a glimpse of the interior of Bagshot Park in Surrey, when The Telegraph was invited to the property for an interview.

The Earl and Earl and Countess of Wessex live at the mansion with their two children James Viscount Severn and Lady Louise.

Bagshot Park, with its 120 rooms, has been a royal residence for around 200 years.

Parts of its interior could only be seen in the past year through Zoom calls and interviews, but photos published by the news outlet at the weekend show more details of the home. 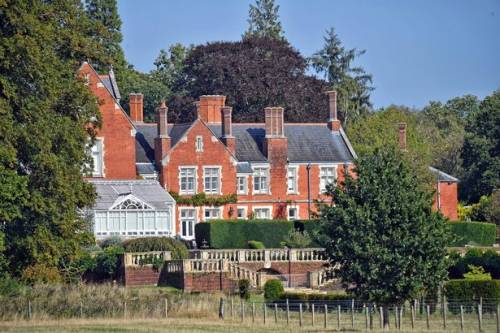 The Earl and Countess of Wessex live at Bagshot Park with their two children
(Image: Surrey Live – Grahame Larter)

In one shot, Edward and Sophie stood in one of their sitting rooms along with their two dogs.

The room has a bright purple carpet, an armchair and floral curtains.

The photo also shows a wooden side table with vases and an orchid on it.

In another image, Prince Edward sits smiling as he looks at his wife who is standing next to him in the conservatory. 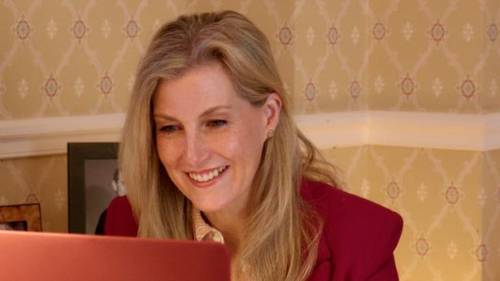 Sophie offered a glimpse of the property during Zoom calls in the past year
(Image: PA)

From the room, the royals can admire their 51 acres of land.

There are many plants and flowers, as well as a long table with chairs around it and a barbecue.

One more photo shows Edward and Sophie walking together and holding their hands in their extensive garden.

The property was gifted to the Queen’s son as a wedding gift after he married Sophie in 1999. 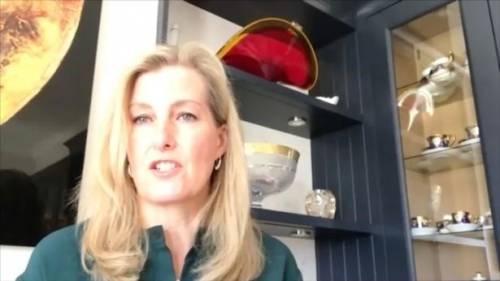 Some parts of their property could be seen during online interviews and calls
(Image: Kensington Palace)

The private home is located only a short car drive away from Windsor Castle, which has allowed the family to visit the Queen and offer support during her time of need following Prince Philip’s death, the Express reports.

The Countess of Wessex said during the interview: “Proximity certainly helped. Windsor is 15 minutes down the road for us, so it’s not difficult, and of course because the children were interested in ponies and things – it was a natural draw for us to be there. 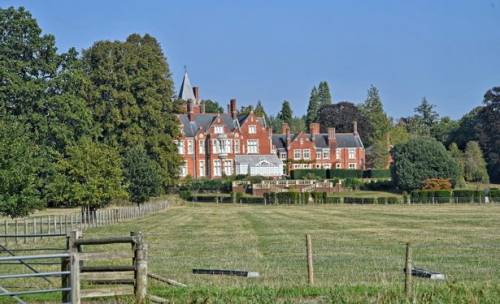 The mansion is located near Bagshot in Surrey
(Image: Surrey Live – Grahame Larter)

“We were very lucky that the children did have so much contact [with Philip].”

Prince Edward has also opened up on his support for Prince Harry and Meghan Markle, saying The Firm wishes them "all the best of luck".

He described the rift between the Duke and Duchess of Sussex and the Royal Family as "very sad" and said "we've all been there" with "excessive" public attention.

Asked by US news network CNN about the "family rift which is undeniably there", he joked : "Are you euphemistically referring to Harry and Meghan?"

"It's very sad. Weirdly we've all been there before – we've all had excessive intrusion and attention in our lives."

He added: "We've all dealt with it in slightly different ways, and, listen, we wish them the very best of luck. It's a really hard decision."

He dodged questions on how his mum was coping with the aftermath of the Sussexes break from the royal family but conceded: "It's difficult for everyone, but, as I said, that's families for you."

On the same day, The Queen planted a rose in honour of her late husband and Edward's dad Prince Philip to mark what would have been his 100th birthday.

Previous : Monkeypox outbreak in UK as Matt Hancock confirms cases under investigation
Next : Why England players take a knee before games – and it’s nothing to do with Marxism