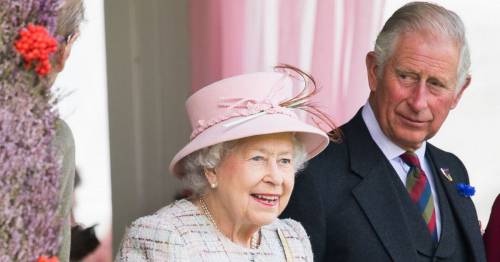 Charles, Prince of Wales, has been urged to take on more royal duties while the Queen rests.

The 95-year-old monarch was recently in the hospital for tests and pulled out of Remembrance Sunday because of a strained back.

Concern deepened across the nation after photos emerged of the Queen's hands appearing to look distinctly purple.

Dr Jay Verma of the Shakespeare Medical Centre told the Metro the pigmentation may just be from being cold – or could be Raynaud’s phenomenon.

The medical expert added that “lack of circulation, frail skin, exposed veins, bruising, [and] a leakage of blood to the tissue beneath the skin" can cause purple hands.

Should Prince Charles take on more duties to help the Queen? Have your say in the comments sections below.
(

Commenting on his mother's health while touring in Amman, Jordan, Charles light-heartedly said: "Once you get to 95, it's not quite as easy as it used to be. It's bad enough at 73".

The Prince of Wales also tried to calm the nation's fears by insisting the Queen is "alright".

In a survey conducted by the Mirror*, a staggering 81.28% of voters said Charles should take on more royal duties to lessen the burden on the Queen while she rests.

Only 15.72% of Mirror readers disagreed with the statement, while 3% of voters said they weren't sure.

In other royal news, Prince Charles' wife Camilla is set for a royal promotion with a "central role" next year, according to reports.

The Duchess of Cornwall will lead the "Big Jubilee Lunch" on the final day of the special four-day Bank Holiday Weekend to celebrate the monarch's 70-year reign.

The lunch is central to the celebration and a nationwide event where Brit families and friends will meet up for street parties and sit-down meals to honour Elizabeth II, the longest-reigning monarch in British history.

Want more of your favourite royals? Share your email for all the latest news, gossip and more from the Mirror

*The Mirror's royal survey ran from November 15 – 21 and consisted of 1,497 participants

Previous : Dutch PM lashes out at ‘idiots’ after third night of violence
Next : Widow of farmer killed by his own cow ‘heartbroken and devasted’ after tragedy