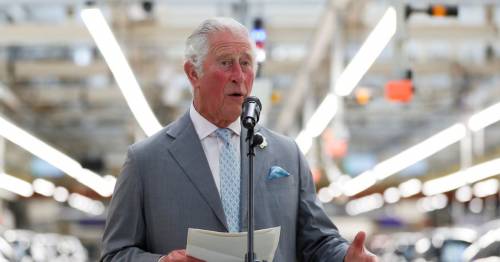 Thrilled Prince Charles described the birth of the Duke and Duchess of Sussex's daughter as "happy news" as he addressed the arrival for his granddaughter for the first time.

Charles commented on becoming a grandfather for the fifth time following the birth of Lilibet "Lili" Diana Mountbatten-Windsor during a visit to a production plant for the Mini at Cowley near Oxford.

Meghan Marklegave birth to her second child with his son Prince Harry on Friday.

The Duchess of Sussex gave birth to her 7lb 11oz daughter in California, US, it was announced on Sunday.

The Prince of Wales was speaking as he highlighted the importance of leaving a sustainable legacy for future generations. 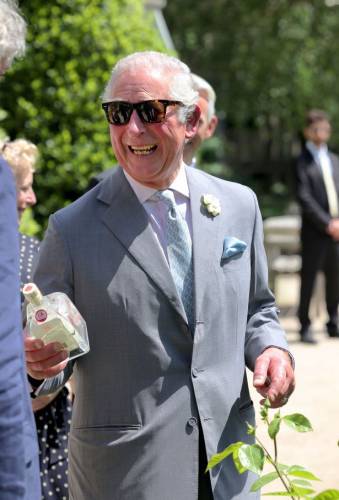 Charles is clearly delighted with the news
(Image: REUTERS)

The heir to the throne also joked about the vehicle, paraphrasing the words of Sir Michael Cane's character from the 1960s movie The Italian Job.

Charles, who drives an Aston Martin sports car converted to run on surplus wine, said at least he had not "blown the bloody doors off" an electric version of the mini when he took if for a brief test drive.

During his visit to the plant Charles met staff on the production line as he marked 20 years of modern mini production.

After he drove a new green-coloured electric mini off the production line he gave a speech to assembled workers and apprentices. 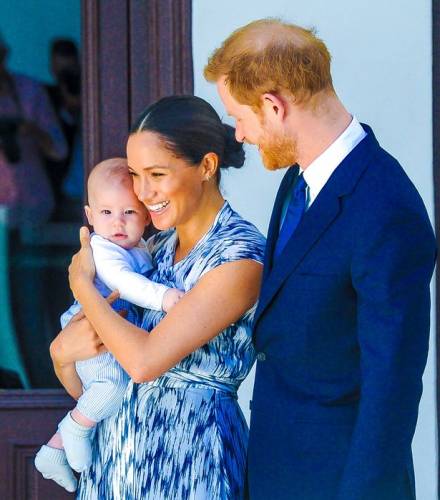 The Prince said: "The development of technology like electric vehicles, or green hydrogen for that matter for heavy transport, is vital for maintaining the health of our world for future generations.

"It is something I'm only too aware of today having recently become a grandfather for the fifth time.

"And such happy news really does remind one of the necessity of continued innovation in this area, especially around sustainable battery technology, in view of the legacy we bequeath to our grandchildren." 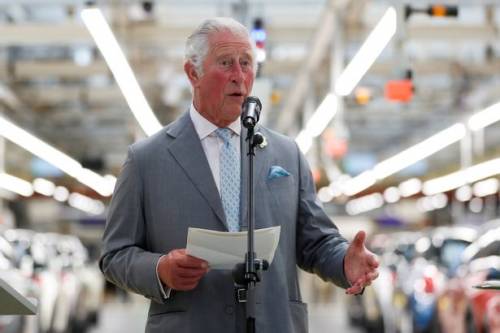 He became a grandfather for the fifth time on Friday
(Image: REUTERS)

Charles had driven the Mini slowly off the production at just a few miles an hour and turned left after about 20 metres and stopping.

He added: "If I may say so at least my test drive a moment ago was on the whole without incident and only went to prove that the new Mini is silent but deadly and also a very good colour indeed.

"And to paraphrase the immortal words of Sir Michael Caine 'at least I didn't blow the bloody doors off'."