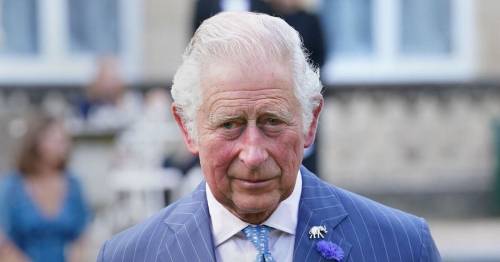 As a senior royal and a future King, Prince Charles has a team of staff on hand to help him with everyday life.

Duties they assist with can include cooking his meals, making his bed and ensuring that he is in the right place at the right time for royal engagements.

And it seems that those who work for him also help out with his very strict and somewhat unusual morning routine – that sets him up for the day ahead.

The insight into his routine was once revealed by Princess Diana's friend and former butler Paul Burrell, who worked closely with the family in the 1990s.

Speaking during Amazon Prime's documentary Serving the Royals: Inside the Firm, Mr Burrell revealed: "His pyjamas are pressed every morning and his shoe laces are pressed flat with an iron."

And when it comes to his morning bath, Mr Burrell added that the prince also has some very specific requests.

He also told the documentary: "The water temperature has to be just tepid, and only half full.”

Charles is the Queen's oldest son and heir to the throne
(

The ex-butler also added that the bath plug must face specific direction, his bath towel must be arranged to his taste and his underwear can’t be a crease out of place.

And who knows, maybe the routine that Charles has every morning is also extended to guests whenever they stay over?

If so, could it be that Prince Harry and Meghan Markle are given the same treatment next time they visit the UK?

That's because Charles is said to have offered an olive branch to his son by inviting him and his family to stay with him on their next trip over from America.

The Prince of Wales has expressed his firm wish to spend quality time with his grandchildren, having not seen Archie since he was six months old and not ever meeting the Duke and Duchess of Sussex’s baby daughter, Lilibet Diana, who was born in June.

The offer of bringing the family together for the first time since Harry and his wife Meghan decided to quit their royal roles and set up home in California was made by the heir in the lead up to Christmas, it is understood.

However, Charles' good-natured plan in an attempt to heal the rift between him and his son, has been thrown into doubt before any plans have been put in place after Harry suggested a return would come at “too great a personal risk” due to his security situation.

It has emerged that the Duke of Sussex claims he is “unable to return home” after a decision following his exit from the royal family stripped him of his right to personal security provided by the Met Police.

Harry, 37, has since decided to sue the British government by applying for a judicial review against the decision, which could see him face the Home Office at the court.