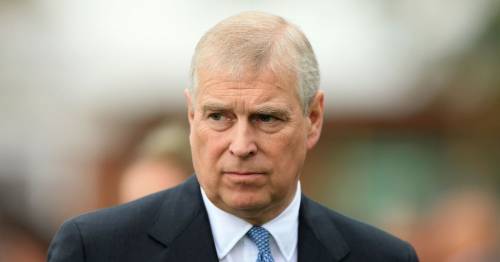 A judge has accused Prince Andrew's legal team of making proceedings in his sexual abuse lawsuit more "complicated" than they need to be.

The Queen's second son has been accused of rape in a case filed in New York, and lawyers representing claimant Virginia Giuffre say he has been served legal documents.

But Andrew's lawyers disputed this, branding the case "potentially unlawful" and saying the Duke has not been properly served with documents.

Ms Giuffre has claimed the Duke of York sexually assaulting her when she was a teenager.

She says she was trafficked by Andrew's former pal and convicted sex offender Jeffrey Epstein and made to have sex with the royal when she was 17 – which means she was a minor under US law.

Prince Andrew with Virginia Giuffre, then Virginia Roberts, when she was a teenager
(

Andrew has vehemently denied all the allegations.

In a hearing yesterday, Andrew's lawyer Andrew Brettler argued the papers have not been properly served.

Ms Giuffre's team said the documents were handed to a police officer in London.

As both sides argued over whether the service was valid, US District Judge Lewis Kaplan said: “Mr Brettler, I think we’re making this a lot more complicated than it really is.”

He said: “You have a pretty high degree of certainty that he can be served sooner than later.

"Let’s cut out all the technicalities and get to the substance.”

Ms Giuffre's team said the civil lawsuit was handed to a Metropolitan Police officer who was on duty at the main gates of The Royal Lodge, Windsor Great Park, on August 27 at 9.30am.

The documents says this is "consistent with the provisions for service upon an individual defendant, under Section 6 of the Civil Procedure Rules, as required by the Supreme Court of Judicature in England & Wales".

Mr Brettler, who is based in Los Angeles, told a court conference yesterday: "This is a baseless, nonviable, potentially unlawful lawsuit.

"There has been a settlement agreement that the plaintiff has entered into in a prior action that releases the Duke and others from any and all potential liability.."

Her lawyer rejected that claim, with lawyer David Boies saying: "We have properly served him."

The judge directed Mr Boies to propose alternative means to serve Andrew, and rejected Bretter's argument that Hague Convention procedures had to be "exhausted" before applying US procedures.

The next conference was scheduled for October 13.

Previous : Man ‘armed with machete jumps out of window’ as armed police called out
Next : Norway readies fresh round of green air guitar