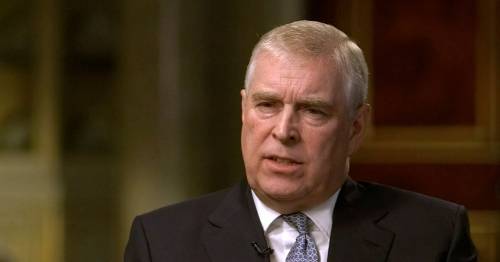 Prince Andrew has moved closer to civil trial after a US judge rejected his bid to dismiss Virginia Giuffre’s sex assault case.

The Duke of York now faces being deposed, during which he could be asked intimate questions under oath about his marriage, sex life and body.

The bombshell increases speculation on who else Ms Giuffre’s legal team could depose. Andrew’s ex-wife the Duchess of York, his daughters, Princesses Beatrice and Eugenie, and even the Duchess of Sussex are known to have been discussed.

No one is off limits – not even the Queen, according to one lawyer of Jeffrey Epstein’s victims.

“He mentioned his wife as well as his daughters. They can now all legally be deposed. The lawyers could even try for the Queen. I don’t doubt they will, but as a sovereign, it will be almost impossible to do.”

Unless Andrew finds further grounds to dismiss the lawsuit, he could face a trial date between September and December this year.

Ms Giuffre’s civil case will now go to the “discovery” phase, during which both sets of lawyers will exchange information about the witnesses and evidence they would present at trial.

The Tramp nightclub in central London
(

This includes depositions – out-of-court statements given under oath in the form of written transcripts, video­tapes, or both. Mr Kuvin said Andrew’s deposition will include the most personal of questions.

He added: “It is without question the Duke will be asked about his private parts.

“Nothing is off limits because if an underage girl can describe what the Duke of York’s private parts look like… how would that be if they had not had a relationship?”

He stressed Andrew will be quizzed “under oath, under penalty of perjury of US law”. The prince’s deposition will also include questions about his friendship with sex offenders Epstein and Ghislaine Maxwell.

Andrew could be asked about his friendship with Ghislaine Maxwell
(

He would not need to step foot in the US for the deposition or even for the case itself if it went to trial, according to legal experts in the States. His team could offer to settle out of court, but a source close to the Duke told the Mirror it is “not an option being considered at the moment”.

Andrew is determined to fight “to clear his name”, the insider added.

Ms Giuffre, 38, is suing Andrew for unspecified damages, which Mr Kuvin said could “easily” be in excess of £14million if she is successful.

Judge Lewis Kaplan said Prince Andrew is 'any other person'
(

Andrew, 61, “absolutely and ­categorically” denies her allegations. He has said he does not recall even meeting his accuser, and has ­questioned her claims including that they danced together at Tramp ­nightclub in Central London in 2001.

His legal team had argued a 2009 settlement she reached with Epstein protected the Duke from being sued.

But Judge Lewis Kaplan pointed to an agreement by Epstein and Ms Giuffre that “the terms of this Settlement Agreement are not intended to be used by any other person”.

The judge said: “[Prince Andrew] is ‘any other person’ – is within the category of persons who are not entitled to use the terms of the settlement.”

Judge Kaplan also found that despite Andrew’s protestations, Ms Giuffre’s claims against him were “legally sufficient”, and the New York law she was suing under was constitutional.

In her lawsuit she claims: “Prince Andrew’s actions constitute sexual offences as defined in New York Penal Law Article 130. These included rape in the third degree and in the first degree.” Judge Kaplan rebuked Andrew for saying he deserved more detail on the allegations. He said the Duke “is not entitled to a more definite statement. He will get the details he seeks during discovery”.

He added: “Ms Giuffre’s complaint is neither ‘unintelligible’ nor ‘vague’ nor ‘ambiguous’.” But he gave Andrew hope, ending his ruling: “Given the court’s limited task of ruling on this motion, nothing in this opinion or in these proceedings properly may be construed as indicating a view with respect to the truth of the charges or countercharges or as to the intention of the parties entering into the 2009 agreement.”

Ms Giuffre’s lawyer David Boies said of the ruling: “It is an important step and my client is very pleased that evidence will now be taken and there will now be a judicial determination on the merits of her claims against Prince Andrew.”

If the case goes ahead, a panel will decide if Ms Giuffre’s claims are true on “the preponderance of the evidence” not beyond reasonable doubt as in a criminal trial.

Media lawyer Mark Stephens said Andrew must strike a deal with his accuser for the sake of the monarchy.

He added: “He’s effectively a dead man walking as far as the royal family is concerned. But the one thing he can do is to accept the responsibility…fall on his sword for the sake of the wider royal family.”

He suggested the Duke could appeal against the ruling, but put his chances of success at 40%, and said his best option was to try to settle the case.

Mr Stephens added: “We are in the last chance saloon with the towels over the taps. Judge Kaplan has thrown a reasoned judicial decision like a bomb into the heart of the royal family and threatens to provoke constitutional crisis as a ­consequence.”

Buckingham Palace declined to comment on today’s ruling, saying: “We would not comment on what is an ongoing legal matter.”