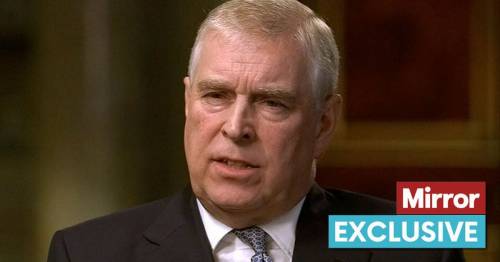 One of the lawyers for Jeffrey Epstein's victims has said he would warn Prince Andrew to “never to set foot out of the UK” if he loses his sex abuse case because of possible criminal charges.

The opinion heaps yet further pressure on the Duke of York to consider settling Virginia Giuffre’s lawsuit out of court in order to avoid further damaging the reputation of the monarchy.

Following a disastrous week for Andrew, on Thursday he was stripped of all his military titles and patronages while forced to drop his HRH title- dashing his hopes of resuming public duties.

Now, leading US attorney Spencer Kuvin told the Mirror, the royal could face possible prosecution if a jury finds in favour of his accuser.

Such a move would leave ‘Air miles Andy’, who earned his nickname from his prodigious globetrotting as senior royal, open to arrest if he were to venture onto foreign soil in a country that has a deal with the US.

Mr Kuvin, who represents several of sex offender Epstein’s victims, said: “If I were Prince Andrew’s counsel, I would tell him never to leave the UK.

“He should never travel outside of the UK. To never step foot out of the UK – the jurisdiction of his country.

“The moment he does step foot into a country, he could potentially, if Ms Giuffre’s allegations are proven true, be charged criminally and brought to the United States from a country that has an extradition treaty with it.

“He effectively could become a prisoner in his mom’s country.”

A civil case like Giuffre has brought against the Duke, 61, can lead to criminal charges in America.

When a trial between two private parties reveals evidence that one may have committed an offence, a criminal case can be launched.

After allegedly lying in a civil case, Andrew’s pal, convicted child sex trafficker Ghislaine Maxwell, 60, has been charged with two counts of perjury – a crime punishable by up to five years in prison.

Prosecutors took evidence from the British socialite’s defamation lawsuit with Giuffre to pursue her criminally.

Pressure has been rapidly mounting on the Duke to quickly resolve the case in order to avoid damage to Her Majesty as well as her Platinum Jubilee celebrations.

Currently, the royal has a stark choice to make.

He can either take the risk to press ahead and attempt to clear his name by going in front of a jury, seeing Andrew face the humiliation of having to give public testimony against lurid allegations of rape and sexual assault on oath.

Or he could try to persuade Giuffre to accept a multi-million-pound settlement but then have the ignominy of always having the suspicion of guilt hanging over him.

Giuffre welcomed New York judge, Lewis Kaplan’s decision on Wednesday to deny Andrew’s motion to have her lawsuit against him thrown out.

Virginia Roberts holds a photo of herself at age 16, when she says Palm Beach multimillionaire Jeffrey Epstein began abusing her
(

Today, she tweeted: “I’m pleased with Judge Kaplan’s ruling that allows my case against Prince Andrew to go forward. I’m glad I will have the chance to continue to expose the truth and I am deeply grateful to my extraordinary legal team.

“Their determination helps me seek justice from those who hurt me and so many others. My goal has always been to show that the rich and powerful are not above the law & must be held accountable.

“I do not walk this path alone, but alongside countless other survivors of sexual abuse and trafficking.”

Her lawyers have said she wants to be “vindicated” by the legal process and is not motivated by reaching a “purely financial settlement”.

It came as US legal experts said talk of a settlement offer by the Duke was “premature”.

In 2019, lawmakers introduced a “look-back window” that gave victims of decades-old abuse two years to file civil claims by August 14, 2021, even if the statute of limitations had expired.

The deadline for claims was later extended due to Covid by then New York Governor Andrew Cuomo.

She claims in 2001, she was trafficked by billionaire Epstein and Maxwell to have sex with the Duke in London when she was 17, a minor in US law.

Giuffre also alleges she was forced to have sex with the royal at Epstein’s home in New York and the US Virgin Islands.

The Duke has “absolutely and categorically” denied her allegations.

She is suing Andrew for unspecified damages, which Mr Kuvin said could “easily” be more than £14 million if she is successful.

Sources say the Duke has been left “hugely upset” over his lack of foreign travel since stepping back from royal duties.

In August 2021, he announced he was standing down from public life as he sought to contain the firestorm over his friendship with Epstein.

It came after he built a formidable reputation for his love of the high life abroad at the taxpayer’s expense while promoting British businesses.

In 2008, the Prince’s official visit to China and the Far East cost £30,000 for transport and accommodation costs.

A year later, his visit to Switzerland racked up £21,700 for hotel, travel and other costs.

It was later reported the Duke racked up travel bills of almost £620,000 for his foreign trips. The Treasury, funded by the taxpayer, paid the cost.

Andrew was dubbed “Air miles Andy” because of his penchant for using helicopters and planes on official engagements when he could use a train or car.