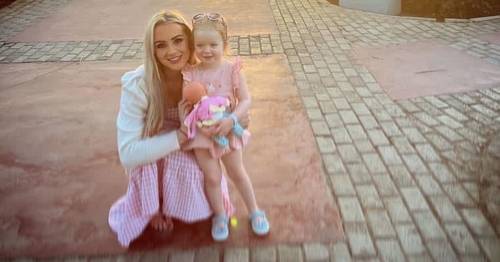 Pregnant woman in £15,000 payout after boss says she ‘must have been having fun lately’

A woman was awarded £15,000 after her boss joked about her pregnancy.

Finance worker Bianca King told company director George Dodds that she was expecting before he told her that she "must have been having fun lately", a tribunal heard.

Mr Dodds then told her she was being sacked before withdrawing the dismissal when she told him about taking maternity leave, it was said.

Over the following months, he started shouting at the mortgage administrator and once reduced her to tears after criticising her in front of colleagues on a video conference call, NorthantsLive.

Ms King was stressed before the birth of her first child and had to see her GP for anxiety following Mr Dodds' treatment of her, it was said.

The tribunal ruled she was the victim of pregnancy discrimination and awarded her £15,009.84 in compensation.

The hearing, held in Cambridge, was told Ms King worked as a processing clerk for Mr Dodds' Northampton-based firm Mortgage Compare from September 2016.

Ms King was awarded £15,000 after her boss made a joke about her pregnancy
(

She told her boss she was pregnant in October 2018
(

In October 2018, she sent an e-mail to Mr Dodds, informing him she was pregnant and her baby was going to be born in early March 2019.

The tribunal heard Mr Dodds requested a meeting with Ms King at the office in December 2018, at which he gave her a letter stating she was to be "laid off with immediate effect".

Mr Dodds told her the company was having some financial difficulties and could not continue "to keep her" but no other employee was given such information.

He then took the letter back when she said she would be going on maternity leave in four months, saying "that changes everything. I did not know it was so soon", the tribunal heard.

Employment Judge Martin Bloom said: "It is evident…that the threat of laying off [Ms King] was only made to her as a result of her notification… that she was pregnant."

In December 2018, Ms King sent an email to Mr Dodds making reference to the letter and her belief she was "being discriminated against" due to her pregnancy status.

He accused her of not sending emails and shouted at her on various occasions, the tribunal heard.

Judge Bloom noted: "This form of behaviour directed to [Ms King] by Mr Dodds had not been in evidence prior to [her] pregnancy. On one such occasion [she] was so upset she had to leave a group video call and went to the toilet in tears."

In January 2019, Ms King met with Mr Dodds to discuss her request to take her 2019 holiday entitlement before she went on maternity leave. Mr Dodds agreed but referred to her request as "cheeky".

The tribunal heard when Ms King returned to work at the end of January 2019 her computer was shut down, she was denied access to all systems and told she was "not required to work".

She was required to sit around for several hours before being allowed to go home. In February 2019, Ms King tried to contact Mr Dodds about the non-payment of her maternity pay but her requests "were largely ignored".

In April 2019, Mr Dodds told Ms King all employees would be converted to "self-employed status".

The tribunal heard she e-mailed Mr Dodds asking for more information only to receive a reply which stated: "This doesn’t surprise me. You have been looking for a way to accuse us of this (the termination of her employment) for months."

Judge Bloom said: "These acts of unfavourable treatment were carried out by [Mr Dodds] because [Ms King] had advised them that she was pregnant and due to take and subsequently did take maternity leave.

"No lawful or indeed any plausible alternative exists for that treatment. We have taken note of the fact that [Ms King] was extremely distressed by the events.

"Her pregnancy was her first pregnancy and she had been very much looking forward to the birth of her child. [She] was undoubtedly not only upset by the events but became stressed.

"Eventually she had to see her General Practitioner and was prescribed medication for anxiety and stress. At a time when she ought to have been looking forward to the birth of her child, she had to deal with the events… and a subsequent deterioration in her health."