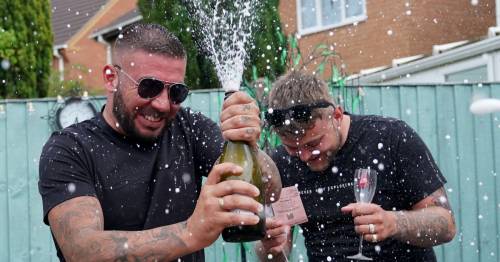 A prankster who blew thousands on a 13-hour bender after telling his friends he had scooped a £328,000 jackpot says it was "well worth it".

Dale Barnwell, 33, was left with £80 in his account and no phone after inviting his pals to celebrate the "win" with a big night out.

In reality he hadn't bagged any money – but he wanted to get one of his friends to wear a suit so he could film him "looking stupid".

His 27-year-old cousin Brad Birkett was in the joke and helped him pull the night off as five unwitting pals joined them for a pub crawl.

He texted the group telling them meet him in their best clothes for drinks to mark the occasion, starting out with £200-worth of Jaegerbombs at the Fox Inn in Nuneaton, Warks. 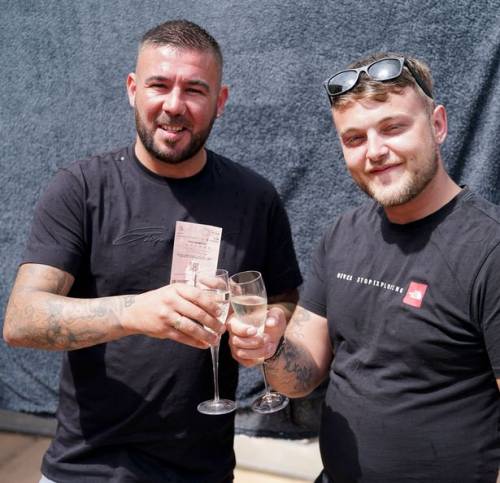 The group moved on to the Attleborough Arms in the town before hitting Grosvenor Casino, Coventry, where Dale spent £1,000.

One pal even bought two bottles of Moet champagne to celebrate and the cousins themselves blew around £5,000.

Plumber Dale told The Sun he had saved up £2,100 for the prank and woke up the following morning with £80 and no phone after the night "escalated quickly".

But he has no regrets and said the jokes made it "well worth it". He even told friends he was going to buy the flat he rents and name it "Barnwell Towers".

“I sent them a video of me in a suit celebrating," he told The Sun.

"I did it to try to get one mate to meet us in a suit to video him looking stupid." 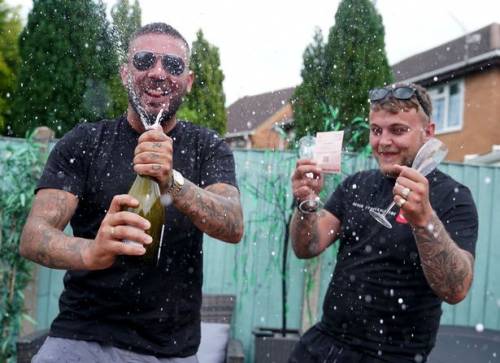 Brad said: “Dale told them he was going to buy the flats he lives in and call it Barnwell Towers.

"He is a proper wind-up merchant.”

It comes after a UK ticket holder made a claim for a huge £111,540,000 EuroMillions jackpot on Friday night. 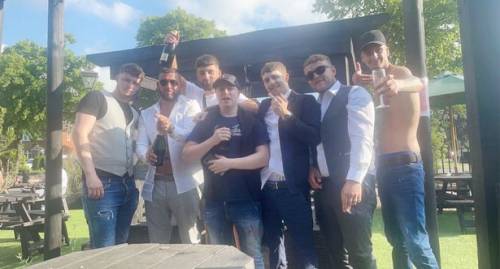 He messaged pals telling them to turn up suited and booted to celebrate
(Image: Not known)

It is the fourth UK EuroMillions jackpot winner this year – two were won in April and another was won on New Year's Day.

As with all major prizes, the claim will now go through the process of validation to make sure everything is in order.

"They have instantly become the ninth biggest winner in UK National Lottery history and have a fortune which can make their dreams come true."

Previous : Inside Chessington World of Adventures chaos with 1km queues and broken down rides
Next : Canada to move against far-right groups after Muslim family attack