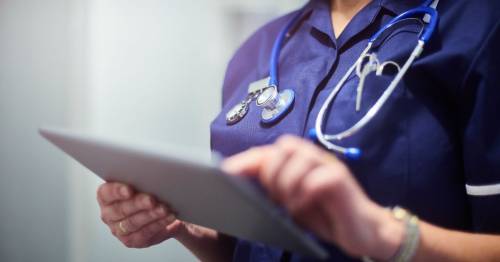 Polio discovery: Hunt for home at epicentre of UK outbreak after ‘carrier arrived in UK’

Health officials are trying to trace the home at the epicentre of the polio outbreak detected in London that has led to a national incident.

The UK Health Security Agency (UKHSA), working with the Medicines and Healthcare products Regulatory Agency (MHRA), four the virus in sewage samples collected from the London Beckton Sewage Treatment Works, which serves around four million people in the north and east of the capital.

While it is normal for polio to be picked up as isolated cases and not detected again, experts have raised the alarm after several genetically linked viruses were found in samples between February and May.

Health minister Lord Kamall told peers it "might be possible" to trace the source of the samples to an "individual household or street".

He added: "It is mixed up with a lot of stuff and what we have got to try and work out now is how we go along the pipes and investigate individual pipes to see whether we can locate the source.

"In theory it might be possible to find individual households and streets but it is too early.

"This is really world-beating in what we are doing here, it is a first and it shows that we are ahead, but one of the issues with being ahead is that we detect things that would not have been detected earlier."

The UKHSA is working on the theory that a person vaccinated abroad with the polio vaccine – possibly in Afghanistan, Pakistan or Nigeria – entered the UK early in 2022 and was shedding the virus.

That person has now passed it on to other closely linked individuals in north-east London, who in turn are shedding the virus into their faeces.

Polio results in weakness and loss of use of limbs. In one in 200 cases it causes irreversible paralysis (file photo)
(

Lord Kamall stressed: "No-one has got polio and no cases have been identified, what it is is that we have found it in the sewage."

Labour's Lord Reid of Cardowan called on the Government to maintain "maximum transparency" about the national incident, and asked if worries about the Covid vaccine had led to a "fairly substantial decline in vaccinations for other potential diseases".

Latest figures show that by the age of two in the UK, almost 95% of children have had the correct number of polio vaccine doses.

However, this drops to just under 90% in London.

Lord Kamall replied that the Government was "quite clear" that "people must come forward for all vaccines".

He added: "What is really important is that we recognise that vaccine-derived polio can potentially spread but it is rare and the risk to the public overall is limited."

The minister also said the NHS would be "reaching out to parents" with children under five years old in London who are not up to date.

"But we are asking for it both ways, for parents to check their records," he added.

"The UK is considered to be free from polio, so let's be quite clear about that, and we are recognising a potential risk given this world-leading surveillance of sewage."

Labour frontbencher Baroness Merron said the health minister should work "closely with the Treasury to ensure a properly funded communications and vaccination campaign."

Previous : EuroMillions couple who ‘freaked out’ over £1m win plan dream home and Disneyland trip
Next : Woman shares how priest tried to ‘cure’ her of homosexuality with oil ritual – World News