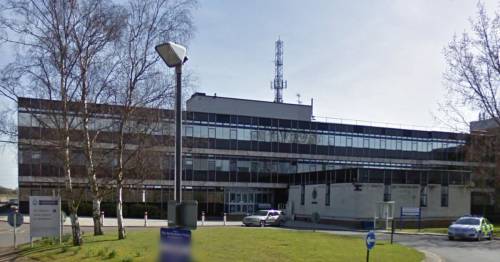 Police constable Charles Phipps and PC Robert Goldstone were both barred from policing after gross misconduct was proven at a misconduct hearing.

The misconduct panel heard how photos of a man performing a sex act in a cow's mouth were shared alongside a flurry of offensive epithets passed between the officers.

The misconduct panel also heard that PC Goldstone and PC Mark Williams had also sent a series of highly-offensive messages in the group chat.

The findings of the misconduct hearings stated that the officers' behaviour "would significantly risk undermining public confidence in policing" if it were made public.

The panel heard that Pc Phipps resigned from the force in November 2021 and Pc Goldstone left in February 2022, but both would have been dismissed without notice had they still been employed.

Williams was dismissed without notice and barred from policing.

Charlie Hall, Chief Constable of Hertfordshire Police, added: "The messaging also included misogynistic comments and a failure to challenge similar comments by others.

"These are of national concern presently, especially since the murder of Sarah Everard by a serving police officer."

Mr Hall added that some messaging also included misogynistic comments, most notably an appalling comment about being "out raping."

"I have considered lesser sanctions first but in this case I believe that these would be insufficient and leave me unable to justify why I can have complete confidence that an officer who has repeatedly used such discriminatory words can be trusted to act fairly and impartially with all sections of the public," he said.

"This would not only damage his ability to police effectively, but also have a consequential effect on confidence in the constabulary as a whole."

Previous : Abused kids ‘treated like child prostitutes’ by police who saw them as a nuisance
Next : Newsboy’s horse racing tips for Thursday at five meetings including Newmarket Nap