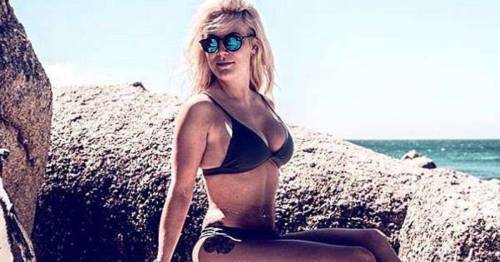 Police officer ‘bullied’ out of job is now an Instagram star with 100,000 followers

A former police officer who left the force amid alleged bullying claims is now a social media star with 100,000 Instagram followers.

Leanne Carr, 36, quit Lincolnshire Police after she claimed she was unfairly treated when she was accused of travelling while on sick leave for a stress-related illness.

She said her former colleagues previously accused her of sharing pictures from exotic locations while she was off, something she always denied.

Quitting in 2018 following alleged 'bullying, harassment, and victimisation', she vowed never to return.

Now, after saying goodbye to her career as an officer, she is making her money on social media and has been to some amazing places, GrimsbyLive report.

Leanne is now an Instagram star – and boasts a huge following
(

The former sergeant spends her time posting racy photos of herself in bikinis in stunning locations.

She loves showing off her body and sharing her workout routines – and she has quite a following.

In 2020, Leanne spoke about leaving the force in an Instagram post. She wrote: "Since when did it become acceptable to judge someone based on the way they look?

"No-one deserves to be treated differently or less favourable, regardless of their occupation or title within that job.

"I like the same things as everyone else, travel (during my own leave not whilst off sick as previous trolling alleged), working out and looking after my body and streaming games and my workouts on Twitch. Is there anything wrong with that?"

In another post, Leanne said she had left the force due to the "negativity".

She wrote: "Bullying, harassment and victimisation is not okay. Not on any level.

She clearly has no regrets over her decision to quit
(

"After 14-years service as a Police Constable, Police Sergeant and Police Inspector I am immensely proud of myself. I achieved that through hard work, determination, sacrifices and a love for serving the public.

"Sadly I’ve had to close the door to the negativity I’ve endured from my colleagues for my own sanity and to protect my own mental health.

"NC this is Inspector/Sergeant/Police Constable 94 Leanne Carr signing off for the last time. Goodnight."

Previous : Woman reveals how friend and 10 kids all ate for just £10 at Toby Carvery
Next : UK’s Johnson proposes 5 steps to Macron to prevent migrant deaths