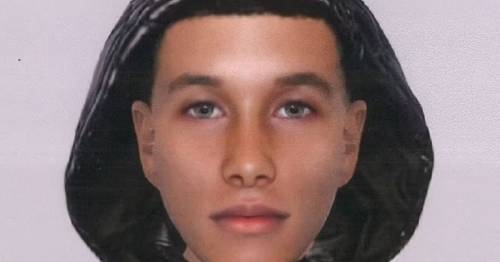 Police have released an e-fit of a sex attacker who is believed to be prowling the Hackney Marshes area of London, with 22 assaults on women to date.

All the women have described how they have been approached by a man on a bike when they have been walking or jogging, before the cyclist either grabbed their buttocks from behind, or touched their genitals, before making inappropriate remarks.

Between February and June this year, police have fielded 22 complaints from women who have been assaulted by the man but suspect that number could be much higher.

From the descriptions provided by the victims, police have created a computer-generated image of the suspect using Electronic Facial Identification Technique (E-FIT).

Detectives are urging any women who may not yet have spoken to police to make contact with them.

The suspect is described as light-skinned male, possibly mixed race, aged 16/17, who is usually wearing a grey tracksuit.

She said: "I understand this news may cause considerable concern among the community. We in the Central East Command Unit share that concern and are doing everything we can to identify and bring to justice the person responsible.

"It is imperative that he is identified but we need the public's help. Anyone who has information that they think can help us is urged to make contact immediately."

Police have now urged anyone with information to come forward – and for any other women to speak up if they have received similar abuse in the area.

In January, nearly 200 women shared their experiences as part of the Women’s Safety in public spaces in Hackney project, launched by Hackney Council on November 25, 2021.

Many of the comments have been left by women who feel unsafe walking in certain areas of the borough at night because they say they are "too dark" or "deserted," or because there are regular "gangs of men loitering".

But the more serious incidents recorded range from women facing verbal abuse and harassment, to muggings, assaults and "attacks", including one woman who said she was "grabbed from behind" while out walking last year.

Previous : Dog among 56 found in faeces filed house of horror after being left without water – World News
Next : Exact moment scorching temperatures will come to an end after balmy 34C heatwave