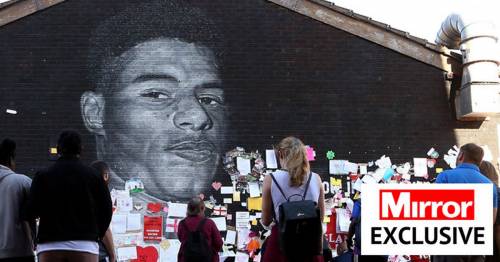 Police trying to find the vandal who defaced a mural of Marcus Rashford are studying CCTV of a youth running near the scene.

The artwork honouring the Manchester United star was daubed with an obscene image and expletives following England’s defeat by Italy in the Euro 2020 final on July 11.

The graffiti appeared in Withington, Manchester, as Rashford and team-mates Jadon Sancho and Bukayo Saka, suffered racist abuse on social media after missing penalties in the shoot-out.

CCTV from a takeaway at 11.17pm on the night of the Euros final shows a youth jogging towards the mural.

Something held in his right hand could be a spray can.

What did you think about the response to the crime? Join the discussion in the comment section 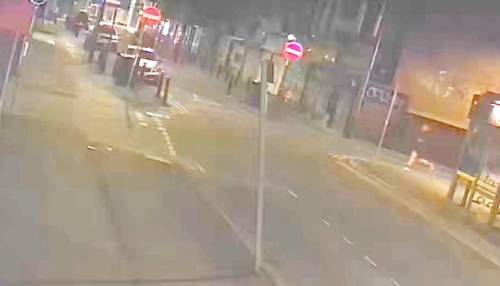 He disappears from view next to the Copson Street mural for around 30 seconds.

He then reappears and sprints back the way he came.

The takeaway owner said: “The police came round asking for our CCTV.

"It’s sickening that someone would spray on the Rashford wall just because of a penalty miss, especially after what he’s done for this area.” 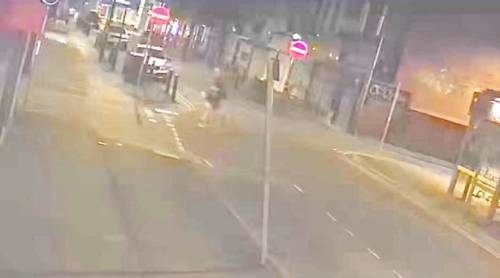 The youth can be seen in the centre of the road

Detectives are also analysing the paint used, hoping it will yield clues to the vandal, with lab test results due any day.

He added that they “stand with the rest of the community whose solidarity against this vile abuse has really shown the best of our city”.

Greater Manchester Police had been investigating the vandalism as potentially racially aggravated but said this month: “Officers are keeping an open mind as to the motive behind defacing the artwork.” 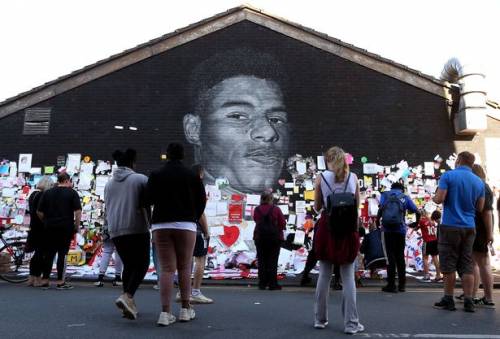 Anonymous trolls should be unmasked if they break the law, the Victim’s Commissioner for England and Wales has said.

Dame Vera Baird QC vowed to press for a solution to the “coninuing problem” of online abuse.

She said as her annual report was presented in Parliament: “It’s just as criminal as if they’re standing outside my door shouting this abuse at me. 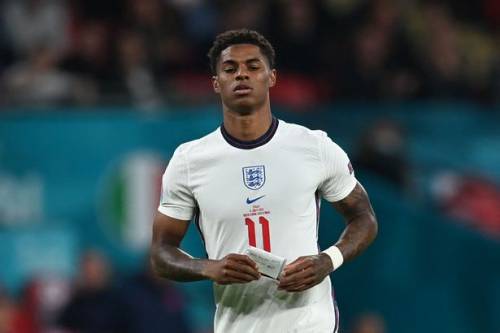 Marcus Rashford is a star on and off the pitch
(Image: Getty)

"If law enforcement is to do its job, their identities must be disclosed.”

A joint committee of MPs is being set up to scrutinise the new Online Safety Bill but Mr Dowden warned that social media companies must “turn the tide on racist abuse”.