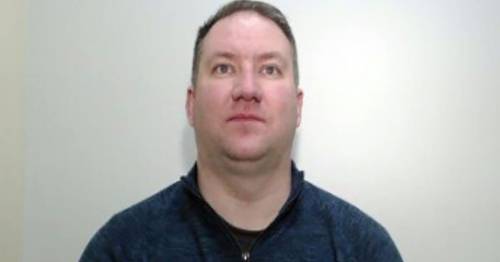 Police detective plotted abuse of girl, 8, via woman he thought was child’s mum

A police officer plotted to abuse an eight-year-old girl via a woman he believed to be her mum.

Lee Cunliffe, 40, was a serving officer for Greater Manchester Police (GMP) in September 2020 when he began messaging a woman whom he believed was the mother of an eight-year-old girl on instant messaging app Kik, telling 'her' he would travel to London to abuse her daughter.

Arthur Gibson, prosecuting at Liverpool Crown Court, said the detective constable used the name "Steve S mancgent1" and told the woman, who was actually an undercover officer for the Met Police, he would visit London to sexually abuse her daughter.

Recorder of Liverpool, Judge Andrew Menary QC, said: "The type of conduct you were contemplating with this very young child could hardly have been more serious."

Police investigations revealed Cunliffe had sent the messages, including from the IP address of a police-owned computer at Swinton Police Station, and he was arrested in October 2020, Mr Gibson said.

When his then home in Bolton was searched, officers found a laptop he had been using to access indecent images of children, including of a "plainly vulnerable" teenage girl who made a complaint to GMP in 2018, the court was told.

Mr Gibson said the girl had alleged her boyfriend had taken indecent images of her and distributed them without her knowledge.

Cunliffe, a trainee in CID, was allocated to the case and the suspect was arrested and his computer and phone were seized.

He later wrote an entry on the crime log stating there was nothing on either device relating to the offence, the court was told.

Mr Gibson said: "In fact, both devices contained both still and moving indecent images of children, a total of 227 being accessible."

The computer was returned to the suspect with the indecent images still on and no further action was taken.

Judge Menary said: "What you did in relation to this girl and this case is shocking and strikes at the very heart of that foundation of trust that the public have invested in the police service."

He added: "The consequence for the teenage complainant is that her complaint was never properly pursued and she remained seriously at risk of further disclosure.

"The question, frankly, is this: why should she ever trust the police ever again about anything?"

The court was told a search of Cunliffe's laptop also found evidence of files from between 2014 and 2018 which were indicative of child abuse.

Mr Gibson said: "The evidence shows the defendant did have an interest in child pornography and the sexual abuse of children.

"However, there is some evidence to suggest that he recognised this and was in a state of turmoil about it."

Julian King, defending, said Cunliffe was a married father and had been a police officer for 17 years.

He said Cunliffe had been going to see a psychotherapist, who said he had compulsive sexual behaviour disorder.

Cunliffe, of Hindley Green, Wigan, pleaded guilty at an earlier hearing to arranging the commission of a child sex offence, perverting the course of justice, misconduct in a public office, distributing indecent photos of a child, and three counts of making indecent photos.

Deputy Chief Constable of GMP Terry Woods said: "Cunliffe's actions were absolutely inexcusable and have undermined the very essence of policing's core value of protecting the public and helping those in need.

"We expect our officers and staff to uphold the highest standards and Cunliffe's deplorable behaviour fell well below what was expected of him – he both abused his position at GMP and attempted to act on his own sexual gratification."

Disciplinary action under the Police Conduct Regulations will follow, a spokesman for the force said.

Previous : Quebec tax on unvaccinated may be lawful but sets risky precedent – experts
Next : Covid worker who ‘lost control’ and attacked in-laws with axe cleared of murder