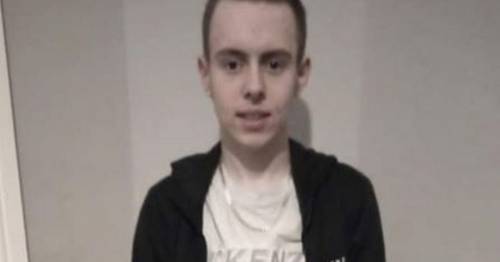 The body of a 'young male' has been found close to the shoreline in an area where a schoolboy was reported missing, police have confirmed.

Cleveland Police officers confirmed the body was found in the search for missing 14-year-old Matthew Sherrington.

The teenager went missing whhile "playing in the sea" with friends in Hartlepool.

The body was found at Steetley Pier along the town's shoreline, Teesside Live reports.

A large group of around 20 coastguard members and police were seen on the shoreline just after 9am Thursday following the tragic discovery.

Although no formal identification has taken place yet, officers are in contact with the family of Matthew, who went missing from the area a week ago. 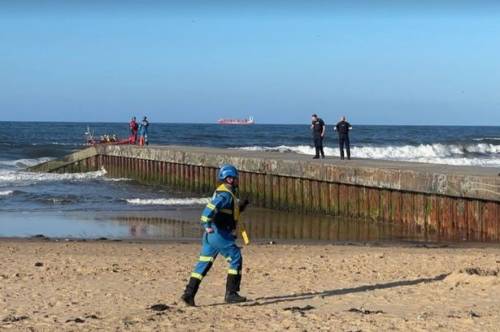 A search was launched for the teen who went missing in the water off the coast of Hartlepool last Thursday
(Image: Police Hour)

An orange RNLI boat came as close to the shore as it could this morning, while crew members on the sand held up large green sheets.

A short distance away, around five police and Coastguard vehicles were stationed near to the Brus Tunnel, guarding the entrance to it.

Cleveland Police said: "Officers searching for missing Matthew Sherrington aged 14 from Hartlepool have this morning found the body of a young male near to Steetley Pier in Hartlepool. 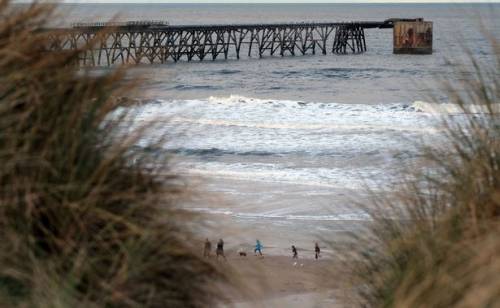 The body was found near Steetley Pier in Hartlepool
(Image: Teesside Live)

"Whilst no formal identification has taken place as yet, officers are in contact with Matthew’s family and have informed them that a body has been located."

A North East Ambulance Service spokesperson reported: “Sadly we were called at 8.39am this morning to reports of a body found at Brus Tunnel, Steetley Pier near West View Road in Hartlepool.

"We sent one ambulance and an officer. We send our condolences to the family and friends for their tragic loss.”

A major search was carried out for Matthew, but sadly Humber Coastguard scaled down their efforts after 13 hours last Friday.

The large-scale activity near the coast today has led many people on social media to send their best wishes to Matthew's family.

Members of the local community and beyond have helped in the search for the teenager since his disappearance.

And another wrote: "Praying for his family and friends. Hope he's found. My thoughts are with them all."

Previous : Robinhood takes E*Trade lessons almost to heart
Next : Home Bargains pervert unmasked after he rigged phone in toilet to spy on women