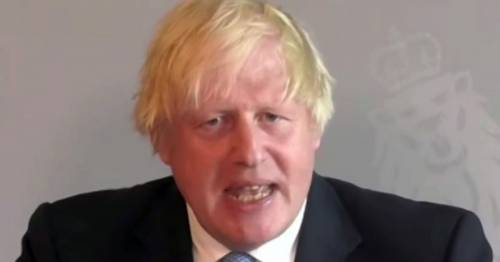 PMQs chaos as Boris Johnson hit by technical faults – ‘can you hear me?’

Boris Johnson struggled to speak at PMQs virtually as he was struck with a number of technical difficulties.

The Prime Minister, self-isolating at Chequers, asked "can you hear me?, "do you want me to have another go?" which was greeted with cheers from his fellow Tory MPs in the Commons.

Tory MP Jonathan Gullis had tapped his watch as Keir Starmer spoke, prompting the Speaker of the House Lindsay Hoyle to respond: "I don't need any help or assistance from yourself.

"The next time you point at your watch, might be better you're looking at Big Ben outside rather than here."

The PM interrupted asking: "Do you want me to give that answer again?"

He apologised before asking if he should try again. There was a long pause before Johnson could be heard saying: “Hang on a minute, is it this thing here?”

Mr Johnson has been isolating after being identified as a close contact of Sajid Javid, who has tested positive for Covid-19 last week. 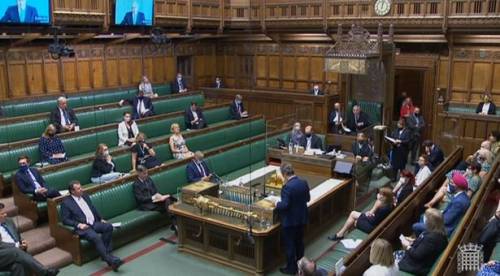 The Prime Minister's spokesperson has confirmed he has tested negative for Covid-19 and is doing daily tests.

Mr Starmer told the Commons: "With half a million people self-isolating, I think we were all a bit surprised that the Prime Minister, the Chancellor and the Cabinet Office minister were all randomly chosen for a get-out-of-isolation-free card.

"It’s good that the Prime Minister finally recused himself, even if it took a public outcry, for the Communities Secretary to be humiliated on live TV and a trip to a country estate." 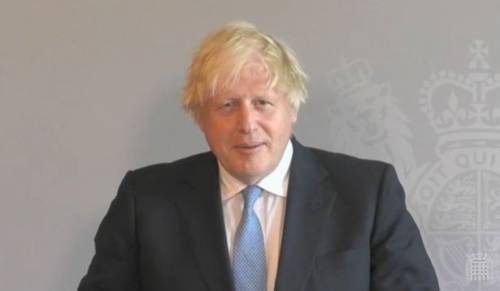 Asked if people should continue to isolate if they are pinged by the NHS app, the PM responded: "I think that everybody understands the inconvenience of being pinged, as he rightly says here I am, I wish I was with you in the Commons chamber today.

"I apologise to everybody in business up and down the land in all kinds of services, public sector or otherwise who are experiencing inconvenience.

“We will be switching, as the House knows, to a system based on contact testing rather than contact isolation, but until then I just must remind everybody that isolation is a vital tool of our defence against the disease.”

Previous : Eight things Brits will still do as restrictions lift – from social distancing to masks
Next : UK wants to rewrite the Brexit deal Boris Johnson negotiated in NI trade row