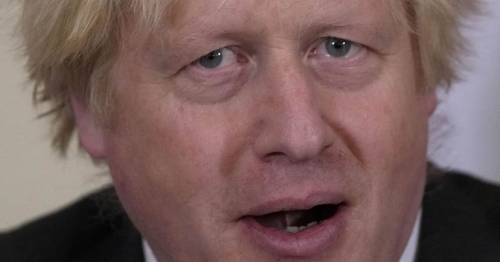 Tees Valley mayor Ben Houchen has warned Boris Johnson to focus urgently on levelling up or risk losing Conservative voters in ‘red wall’ seats at the next election.

The Tories’ poster boy for levelling up said that “nobody should think of resting on their laurels” when it came to retaining support.

Even though the next election is two years away Mr Houchen said the Government had to start delivering tangible change now.

Writing in The Times, he told the PM: “Before the next election comes around people need to see with their eyes concrete evidence that they were right to back this Government.

Boris Johnson has been urged to focus on levelling up
(

“Voters are also realists – they know that levelling up is not something that will be delivered in just a year or two, it will be a decades long project. But they do need to see progress.”

Without early signs of change, he warned that voters could desert the Tories in droves.

Mr Houchen, who was re-elected last year with 72.8% of the vote, said:

“People like to be proven right and those who voted Conservative for the first time in 2019 are looking for an excuse to do so again, but they will punish a Government which makes them regret their choices.”

Mr Houchen claimed that the Covid vaccine and the booster roll-out would not be enough to guarantee re-election.

“It’s time for the Prime Minister to focus, remember what got him elected two years ago and what the British people need to see to return him as Prime Minister at the next election.

“Boris has got booster jabs in British arms – now he needs to make sure Britain gets the Brexit boost it needs: jobs, investment, growth, levelling up and a better future for every part of our country.”