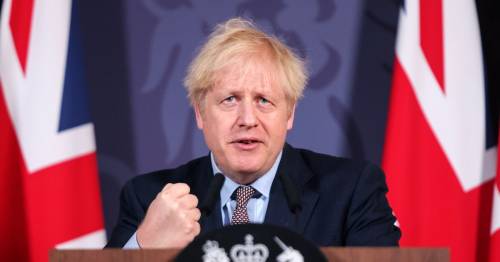 Boris Johnson's efforts to have his own Brexit deal rewritten have been flatly rejected by EU chief Ursula von der Leyen after a furious phone call between the two leaders.

The Prime Minister wants the Northern Ireland Protocol – which governs post-Brexit trading rules in Ulster – to be redrafted as mounting red tape and checks on goods crossing the Irish Sea threaten supermarket shortages.

But after a phone call on Thursday morning, the EU Commission President dismissed the idea, tweeting Brussels would be "creative and flexible", adding: "But we will not renegotiate."

The row came after Mr Johnson argued there are “huge opportunity to find reasonable, practical solutions to the difficulties” being experienced in Northern Ireland.

The stand-off sets the scene for a major stand-off with Brussels when an agreed grace period ends in September. 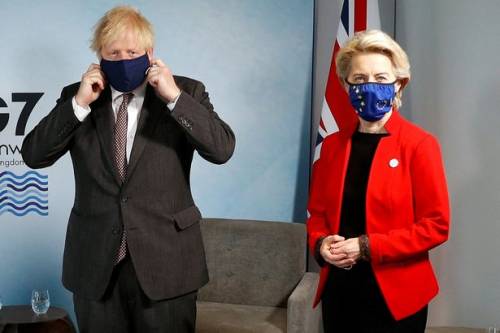 The PM with Ursula von der Leyen earlier this year at the G7 summit in Cornwall
(Image: POOL/AFP via Getty Images)

Their call was in response to Brexit minister Lord Frost demanding that significant changes are made to the terms of the deal he negotiated as he said “we cannot go on as we are”.

But the Tory peer held back from immediately ripping up the deal, despite claiming the UK would be justified to take the dramatic step.

A spokesman for No10 said: "Solutions could not be found through the existing mechanisms of the Protocol. That was why we had set out proposals for significant changes to it.

“He urged the EU to look at those proposals seriously and work with the UK on them. There is a huge opportunity to find reasonable, practical solutions to the difficulties facing people and businesses in Northern Ireland, and thereby to put the relationship between the UK and the EU on a better footing. They agreed to remain in touch."

"The EU will continue to be creative and flexible within the Protocol framework. But we will not renegotiate. We must jointly ensure stability and predictability in Northern Ireland."

The Protocol was negotiated by the PM to avoid a hard border with Ireland and effectively keeps Northern Ireland in the bloc’s single market for goods.

It means checks on goods being sent from mainland Great Britain into the single market.

Downing Street said Mr Johnson underlined to the EU Commission President he saw the agreement as “unsustainable" but admitted the call ended in deadlock.

Despite the two parties agreeing to stay in touch, hostility looks set to continue.

Tory Cabinet minister dismissed the Northern Ireland protocol as not being “written in stone” – despite the fact it’s written into international law.

Business Secretary Kwasi Kwarteng said: “The Northern Ireland protocol isn’t written in stone, it’s not something that was going to last for evermore, everybody realised at the time.”

Previous : Government giving no new money to fund NHS 3% pay rise, No10 confirms
Next : Preparing to bow out, Merkel too busy to think about life after office