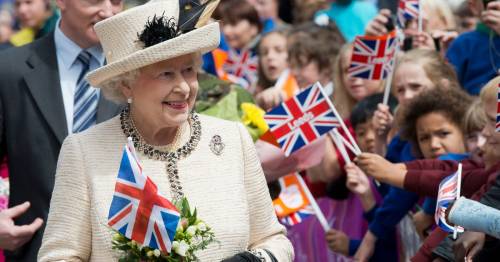 Platinum Jubilee People’s Pageant: How to be part of Queen’s celebrations on June 5

Queen Elizabeth II's subjects are to take to the streets in celebration of the monarch's 70-year reign for her Platinum Jubilee next month.

Ten years ago, during the Queen's Diamond Jubilee, festivities culminated in Grace Jones hula-hooping opposite Buckingham Palace while Kylie Minogue was dressed as a 'pearly queen'.

A decade on, however, and organisers have assured this edition will be more in step with the Queen's interests as she "wants to know exactly what's going on", according to producer and director Simon Brooks-Ward.

The Jubilee will be a four-day Bank Holiday weekend from Thursday June 2 to Sunday 5, with each day filled with celebrations.

From Trooping the Colour, the Platinum Party at the Palace and the Big Jubilee Lunch, the long weekend will be packed full of events you can get involved with, particularly the newly announced People's Pageant.

Read more: Should the Queen abdicate after the Jubilee? Have your say as Prince Charles takes her place

How to be part of the People's Pageant

On Sunday June 5 – the last day of the special four-day weekend – the People's Pageant will take place against the backdrop of Buckingham Palace in London.

The huge parade is being staged by over 10,000 people and will be split into four acts: For Queen and Country, The Time of Our Lives, Let's Celebrate, and Happy and Glorious.

Highlights will include an aerial artist suspended under a vast helium balloon, a giant oak tree flanked with maypole dancers, a huge moving wedding cake sounding out Bollywood hits, a towering dragon, and Ed Sheeran will make an appearance.

The show's director David Zolkwer said: "This is very much a ‘People’s pageant’ – it's by and for the people.

"It's about ordinary people coming together from far and wide to do extraordinary things; real people with delightful, authentic stories to tell; taking centre stage in a spectacular performance filled with wonder, warmth, wit and so much humanity."

To get involved in the People's Pageant you do not need to book tickets in advance, as the official Jubilee's website states that the Buckingham Palace event is open to the public and anyone can attend.

Previous : Rebekah Vardy and Coleen Rooney’s ‘egos have got the best of them’, says Angie Best
Next : Mum’s eczema hell left skin so bad strangers took pictures behind her back