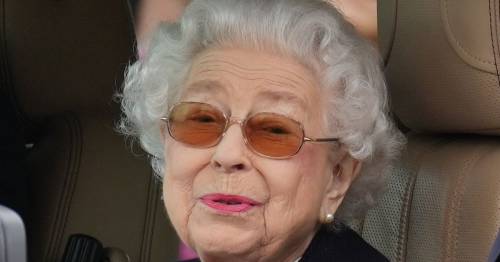 Watching Prince Charles preparing for the Queen’s Speech at the State Opening of Parliament was poignant and rather moving.

It was the expression on his face as he gazed at the Imperial Crown placed on a cushion beside him.

And that empty space where the Monarch’s throne should have stood as it has throughout her long reign.

It’s hardly surprising if the Prince of Wales seemed a ­little overwhelmed by the occasion. Because this is a man who has waited all his life to take the throne.

And yet, as that moment draws nearer, he is more aware than ever that his destiny requires the death of his mother and a loss that will rock the nation.

Prince William’s face showed he senses it too, as he will face a similar conflict one day. While Camilla, the future Queen Consort, must have been wrestling with her own emotions as she sat in the House of Lords.

But, thank God, Her Majesty is still with us. And it was lovely to see her looking so vibrant at the Windsor Horse show today.

It was obviously a good day mobility-wise, and a relaxed, informal event.

Other days are less good though and the fiercely independent Monarch is understandably anxious about her legs letting her down during public engagements.

But it would be tragic if that kept her stuck at home while the rest of us were celebrating her Platinum Jubilee.

So I really hope the Queen’s family and advisors can persuade her to use a wheelchair so she can attend all the big events in comfort.

It won’t make her appear weak, feeble or diminished – in fact it would be a huge boost to wheelchair users everywhere.

And she certainly doesn’t need to be seated on a grand throne or wearing the Imperial Crown to remind us of her status and unparalleled place in history.

This is our final opportunity to come together as a nation and show the Queen our love and gratitude in person.

So let’s pray that she can find the strength to get out amongst her people.

Before she leaves an ­empty space in the heart of a grateful nation.