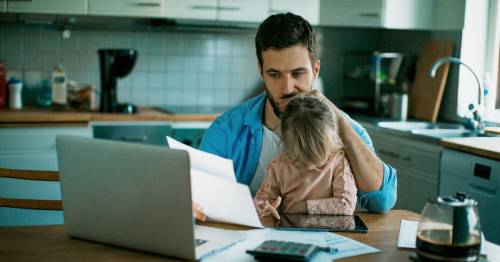 Ministers have been urged halt plans to move people receiving legacy benefits onto Universal Credit that risk "pushing many of them into destitution".

From today, the Department of Work and Pensions (DWP) will restart "managed migration" of people on benefits such as Employment and Support Allowance (ESA) and Working Tax Credit on to the new system.

Officials have claimed 55% will be better off on the new benefit and people won't lose money overnight, but some will be worse off in the long term as living standards drop to their lowest level in 50 years.

More than 20 charities have written to Work and Pensions Secretary Therese Coffey warning that plans to move legacy benefit claimants on to the new system are "too dangerous to continue".

The charities said that if people do not apply by the deadline, the DWP will be able to stop their existing claim.

They also said it is "unacceptable" that the Government will trial the process using 500 people as "guinea pigs".

In the letter to Ms Coffey, the groups wrote: "We believe that your approach for moving people receiving older benefits on to Universal Credit risks pushing many of them into destitution.

"We ask you to consider the devastating consequences for someone who faces challenges in engaging with the process of having their only income cut off, especially during this cost-of-living crisis."

Paul Farmer, chief executive of Mind and a signatory, said: "The DWP's managed migration plans could leave people with mental health problems with no income.

"Those too unwell to engage with the DWP could be left unable to pay their rent, buy food, or pay their rising energy bills.

"During a cost-of-living crisis, this could put the entire incomes of over 700,000 people with mental health problems, learning disabilities and dementia at risk. This is completely unacceptable.

"The DWP should halt this process until they can guarantee they will not stop anyone's old benefits until they have successfully made a claim to Universal Credit."

Only around 500 people will be moved to UC at first, but the Department for Work and Pensions (DWP) will ramp up the pace after a few months.

The “managed migration” of people on Tax Credits and ESA was paused during the pandemic but the Government now hopes to move everyone on to the new system by the end of 2024.

"It is a dynamic system which adjusts as people's earnings change, is more generous overall than the old benefits, and simplifies our safety net for those who cannot work.

"Roughly 1.4 million people on legacy benefits would be better off on Universal Credit, with top up payments available for eligible claimants whose Universal Credit entitlement is less."