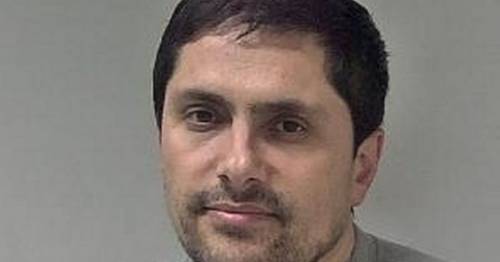 A heartless killer who murdered his wife and then dumped her body in woodland wrapped in a duvet and bin bags has been jailed for 18 years.

Pizza shop boss Nezam Salangy callously sent fake texts from wife Zobaidah in a bid to explain away her disappearance.

But in reality the 28 year old was already dead and Salangy's two brothers helped him cover his tracks.

A jury found Salangy, 44, of Austin Road, Bromsgrove, guilty of murder on May 3.

He killed his wife of eight years at Prego Pizza, the family takeaway they ran together in Bromsgrove before he later wrapped up her body and buried her in the woods, the six-week trial heard.

Mohammed Ramin helped bury the body, the trial heard, while Mohammed Yasin was aware of the death.

The body of former maths teacher and mum-of-two Zobaidah was not found for more than six months after her disappearance in March 2020.

Police searched the spot where she was buried, but did not dig deep enough.

Officers found her body months later, but it was too decomposed to determine a cause of death.

During the sentencing hearing today, Zobaidah was described by her family as "a kind mother to her children and a responsible wife to her husband.

She was killed at Prego Pizza
(

"During contact with the family, her sadness and suffering was obvious.

"She would say everything is fine and I'm taking care of the children."

They added that she loved people of all colours, races and beliefs and wanted to start a career as a health professional.

They added: "Zobaidah studied in the most difficult conditions in Afghanistan and was accepted to college with high grades.

"She had many aspirations for Afghanistan and the UK.

"She was very brutally taken from us and her children.

"We will suffer with this for the rest of our lives.

"This pain, suffering and misery will never go away but what may decrease our pain is if justice is served.

"Justice may bring comfort to all of us."

Previous : Girlfriend slams police error after boyfriend wrongly labelled paedophile kills himself
Next : John McEnroe has no regrets about Emma Raducanu criticism ahead of her Wimbledon return