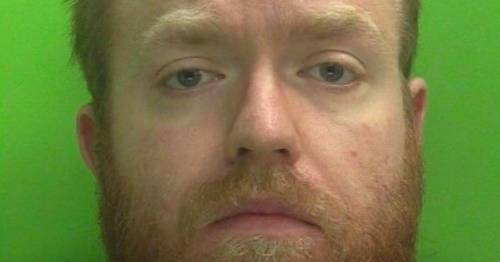 Pervert jailed after hacking schoolgirl’s webcam and filming her showering

A software engineer who secretly filmed a schoolgirl showering and undressing after hacking into her webcam has been jailed.

Robert Davies, 32, from Nottingham, used software he bought online to access the files, photos and webcams of women and the child.

His behaviour was branded "utterly disgraceful" by a judge who jailed him for 26 months for his twisted campaign.

As part of his cruel catalogue of offending for more than 10 years, he hacked personal accounts and stole personal information, message threads and intimate photos.

He will be subject to a restraining order for ten years, a sexual harm prevention order and will have to sign the sex offenders' register.

Davies was jailed for 26 months at Nottingham Crown Court
(

Davies was told by Judge Julie Warburton his behaviour was "utterly disgraceful" and had left many of his victims violated, shocked and anxious.

"The extent of the damage you have caused to each of these victims is immeasurable and constitutes a total violation of their privacy".

She said some of the Skype accounts were used to speak to females and indulge in sexual communications – sometimes dubbed as "catfishing".

Davies used his technical know-how to commit the offences and had downloaded indecent images of children.

In another case, he communicated with a woman through a fake social media account and she "live streamed" sex acts to him.

Another one of his victims was a child aged between 11 and 13.

Davies asked her to turn her webcam on and "for obvious reasons" never turned on his webcam, said Rebecca Coleman, prosecuting at Nottingham Crown Court. But he did send her a picture of his torso and private area.

He spied on her through her webcam and made six files of her showering, getting dressed and undressing.

Davies, who had no previous convictions or cautions, used a piece of software which allowed him to remotely take over someone's computer and bought access to website "We Leak Info" and accessed entire iCloud back-ups in some cases.

Miss Coleman said: "The Crown's case is the defendant showed absolutely no boundaries whatsoever during these offences; hacking and stealing data from various victims".

Davies, who was said by his barrister, Simon Stevens, to accept he had exploited people and was recently diagnosed with autism, pleaded guilty to 24 charges under the Computer Misuse Act; voyeurism; possessing indecent images, and possessing extreme pornographic material.