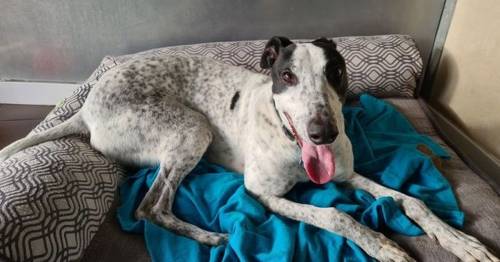 Dog and cat owners are having to give up their beloved pets because of the cost of living crisis, a rescue centre has claimed.

Claire Sparkes, General Manager at Gables Dogs and Cats Home in Plymouth, has claimed the charity is receiving more calls to take in pets as owners can no longer afford the rising costs of pet essentials.

Pet food and veterinary costs have soared in recent years, and owners are struggling to fork out for the bills as cost of living in the UK rises, Plymouth Live reports.

Claire expressed that it's not only Gables being faced with the increasing calls, but also other rescue centres around the city. She admitted she worries about what will happen to all the unwanted pets if they can no longer take them in as there is only so much spaces they can offer.

"We operate a waiting list of cats and dogs that need to come in for rehoming that people can no longer keep various reasons. The calls we are receiving are increasing now from people who genuinely can't afford to keep their pets any longer," Claire said.

"It's a real shame because they are genuinely loved pets, but the increase in their own costs for themselves and families have gone up.

"In the increase in dog food, and veterinary costs like flea and worm treatments and basic pet care items are increasing. It seems like everything is increasing and there's no kind of let up for anybody and people are genuinely struggling to keep their pets.

"It's increased significantly over the past three months and I think it's only going to get worse and worse until it gets to a point where there are only so many animals that we can take in at any one time.

"It worries me what could happen to those animals if we can no longer take in because we only have so many kennels and cat pens available."

She added: "Even the price of washing powder, animal food and even cat litter has increased dramatically. It's having a knock on effect on us now.

"Even things like our cleaning equipment and we have had to increase staff wages to enable to afford the cost of living increases as well. All of our costs just keep going up and up.

"The donations that we usually get are cutting down because people just don't have the extra money to donate to us.

"We have definitely noticed a difference since the war in Ukraine, which is understandable, and we do our bit to help, but there has been a decline in general donations."

The news comes as UK inflation climbed to 9.1% in the 12 months to May, its highest level since March 1982. The ONS said food and drink prices were the biggest contributor of inflation creeping higher, while households are also being hit by sky-high energy costs.

Energy analysts at Cornwall Insights this week warned the October price cap could hit almost £3,000 – in what would mark another £1,000 rise for families on top of the current £1,971 April price cap.

According to Claire, the cost of living crisis is also affecting the amount of donations being given to Gables from cat litter to washing powder.

Talking about how people can help Gables and other rescue centres, Claire said: "We are short of cat and dog food, cat litter and washing powder – it doesn't have to be expensive brands or anything, if they have extra stock they are not using anymore like food, blankets, bedding and towels- we will always make use of them.

"But the biggest need is pet food and cat litter. Also fun things for the dogs and cats like toys and treats- we have noticed we are not getting those donated anymore."

To keep up to date with the local rescue centre, visit Gables Dogs and Cats website. Or visit the Facebook page.

Previous : Sick trophy hunting trips to shoot African elephants, rhinos and lions on sale in UK
Next : BA made low-paid staff take 10% pay cut – and ‘reinstated it only for managers’