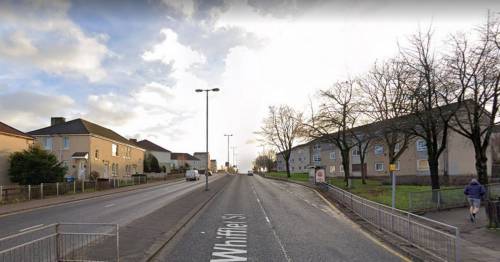 An elderly man, 80, has died after being hit by a car within an hour of another fatal crash in the same region in Scotland.

The pensioner was tragically killed after being struck by the vehicle on Whifflet Street in Coatbridge, North Lanarkshire, at about 7.20pm on Thursday.

The 80-year-old, who has not yet been identified, was pronounced dead at the scene, reports the Daily Record.

An appeal has also been made by police for anyone with information or dashcam footage regarding either incident to come forward.

"We are looking to speak to anyone who was in the Whifflet Street area at the time or has dash cam footage of the incident to get in touch via 101 quoting incident reference number 2982 of 13 January 2022.”

Police are investigating the incident and another fatality less than an hour before not far away where a woman was also hit by a car.

The woman was killed on Croftfoot Road, near Rutherglen in South Lanarkshire at 6.35pm the same night.

The 55-year-old was also pronounced dead at the scene, according to Police Scotland.

Sergeant Adnan Alam from Motherwell Road Policing said: “Enquiries into this incident are at an early stage. It has happened on a busy road, and we are appealing to anyone who was in the area at the time or has dash cam footage from the scene to get in touch via 101 quoting incident reference number 2816 of 13 January 2022.”

Lanarkshire Police tweeted: "Officers in South Lanarkshire are appealing for witnesses after a 55-year-old woman was hit by a car and killed on Croftfoot Road earlier this evening. The incident happened around 6.35pm.

People have taken to social media to offer their condolences to the families of the two people killed.

One person tweeted: "Absolutely tragic… Love to all left behind."

Previous : EXCLUSIVE Tesla delays initial production of Cybertruck to early 2023 -source
Next : Inside the Downing Street garden party as Boris Johnson under fire for ‘BYOB’ bash