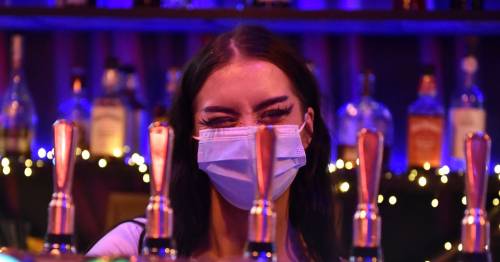 “We expect there to be increased pressure from coronavirus in the winter again,” he told a video link briefing for journalists at the G7 Summit.

With experts saying it's "inevitable" Boris Johnson will delay the end of lockdown rules on June 21 to as late as July 19, a senior minister warned there would be only a “very short window to open up” before cases rise again from September.

"Once you start delaying to the spring, you're making this type of control of people's lives semi-permanent." 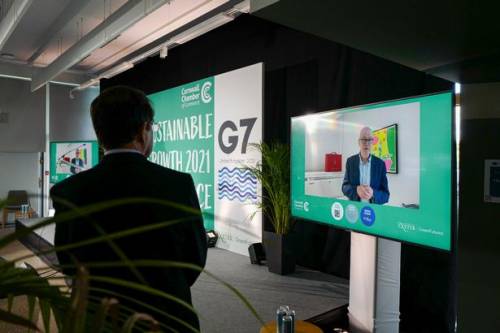 Patrick Vallance made the comments to the G7 summit yesterday
(Image: Getty Images)

Dominic Raab signalled the June 21 easing would be delayed, emphasising that the change was always meant to be “no earlier than June 21”.

The top Tory confirmed ministers are “racing” to get more people double-jabbed before opening up – and suggested they need to “sever” the link between cases and hospital admissions, “not just weaken it”.

New cases are up 53% in a week in the UK, and new patents admitted to hospital are up 15%.

Foreign Secretary Mr Raab told the BBC’s Andrew Marr Show: “The race we’re in is to get everyone up as far as we possibly can to two doses.

“Because that maximises the effectiveness both of risk of serious harm to people, but also we know it’s more effective at cutting the transmission.

“So I think it is right to characterise that as the test.

“The question is what the evidence says about whether we’ve broken the link – severed the link, not just weakened it – between transmission and hospitalisation.”

He added: “We want to move out of lockdown irreversibly and that means we have to be very careful about that data.” 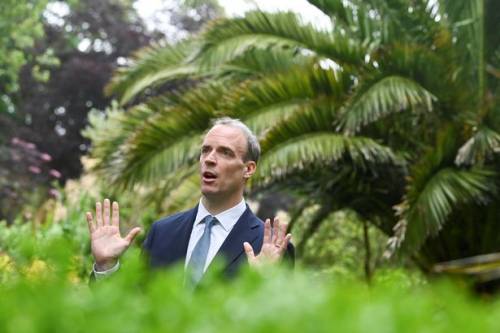 Some 7,738 people tested positive in the UK in the most recent 24 hours, with cases up 53% in a week. Boris Johnson said the data was a “serious, serious” concern.

He is expected to delay step four of his lockdown roadmap, which was due to lift limits on weddings and indoor gatherings, end social distancing laws and reopen nightclubs from June 21.

Shadow Home Secretary Nick Thomas-Symonds said: “These figures are terrible. The pace at which cases of the Delta variant continue to rise is deeply worrying and is putting the lifting of restrictions at risk.

“The blame for this lies with the Prime Minister and his reckless refusal to act on Labour ’s repeated warnings to secure our borders against Covid and its variants.”

The government’s advisor on Covid and ethnicity Dr Raghib Ali – who does not sit on SAGE – said a delay to June 21 is now “inevitable”.

Dr Ali told Sky News “a four-week delay would be optimal” because hospitalisations are now rising, and it would give more time to vaccinate the vulnerable.

“What I expect the PM to say is based on that data, unfortunately a delay is needed to make sure we don’t get ti the situation again where the NHS is unable to provide care to all its patients,” he said.

Prof Andrew Hayward of SAGE warned the nation was facing a “substantial third wave of infections” and opening up would “fan the flames”.

He said England should be "really cautious" and delay the June 21 lifting, telling the BBC: “If you are driving down a road and coming to a bend, and you're not quite sure what's round that bend, you don't put your foot on the accelerator."

“We need to hear what the ministers say, they need to give us clear instructions.

“People will do the right thing, so long as they know what it is they’re expected to do.

“The problem time and time again is it really hasn’t been clear.” 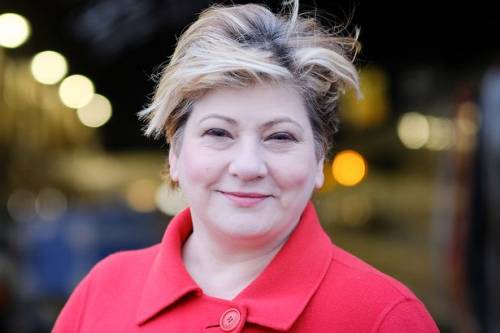 But hospitality chiefs demanded "certainty" from the Government and said further support is urgently needed.

"If there has to be a delay then it should be short and time specific because we need to be absolutely certain that things will change from that date.

"What we absolutely can't have is a return to a cycle of five-week reviews without knowing how things will end up."

Tory lockdown sceptics voiced fury at reports of a new delay, with Steve Baker MP claiming “it’s increasingly clear that the modellers are our masters now”.

Tory backbencher Marcus Fysh told the Sunday Telegraph: "I cannot see any reason to observe restrictions domestically. And I have no intention of doing so. That goes for Parliament, too.

“There is no way that I'll be doing any more social distancing or masks. Whatever they say the rules are, I will ignore them from June 21." 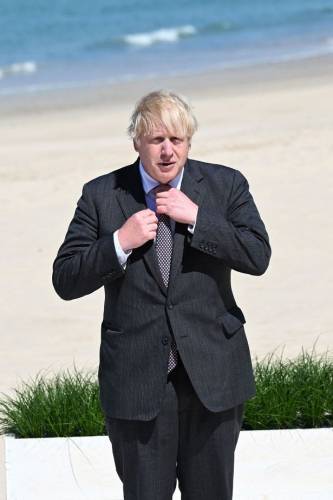 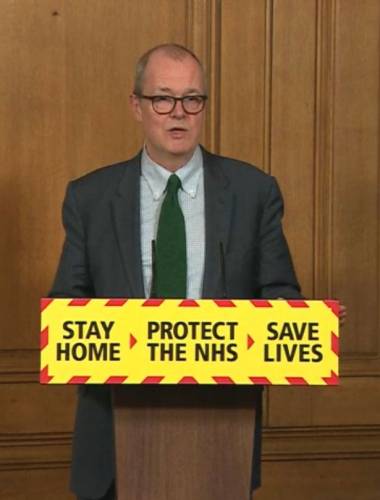 Sir Patrick, who has been at the centre of the Government's crisis response, believed the pandemic would trigger an end to ill staff battling into work, as he set out how coronavirus-inspired changes he hoped would remain once the crisis is over.

“One can think of areas like continued hand hygiene, testing continues to be important, and there's an opportunity on the back of what's happened to think about more regular testing for infectious agents, including applying that to regular season flu and other winter viruses.

Sir Patrick refused to comment on data in the UK over the Indian variant before tomorrow night’s announcement.

But he said the “science advice is ongoing and the Prime Minister and ministers will make their decision on that”.

Peter Openshaw, a member of SAGE subgroup NERVTAG, warned there was a “very worrying rise” not only in cases, but also in hospitalisations in some parts of the country.

Prof Openshaw said there were still 13million unvaccinated younger adults and a couple of million over-50s, despite them being offered the jab.

“We do need to concentrate on getting as many people as possible vaccinated over the next few weeks to counter the rise of [the Delta variant]”, he told Times Radio.

He added there was a case for vaccinating children as variants like Delta “do seem to be transmitting more amongst children”.