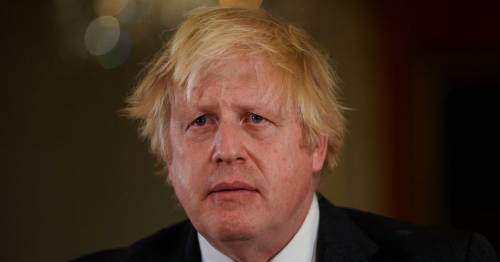 Sleaze watchdog Lord Evans has said the Partygate scandal and the handling of Boris Johnson's No 11 flat redecoration shows the Government are "careless" over standards.

Lord Evans said the stories on lockdown breaching parties, first revealed by the Mirror, had cut through with the public, as the affairs have now caused public concern.

Giving evidence to the Public Administration and Constitutional Affairs Committee (PACAC), Lord Evans said the public expects MPs to "live up to the standards they profess to live up to".

It comes as the Police have made contact with the Cabinet Office over claims the PM's principal private secretary organised a bring your own booze" party during England's first lockdown.

Lord Evans Weardale, who has highlighted that "partygate" the allegations around lockdown-busting gatherings in Downing Street and Whitehall as one of the rows causing concern
(

Martin Reynolds sent an email to more than 100 Downing Street employees inviting them to "make the most of the lovely weather " in the garden.

The leaked email, obtained by ITV news, said: “Hi all, after what has been an incredibly busy period we thought it would be nice to make the most of the lovely weather and have some socially distanced drinks in the No10 garden this evening.

“Please join us from 6pm and bring your own booze!”

Paymaster General Michael Ellis will be summoned to the Commons to answer an urgent question from Labour's Deputy leader Angela Rayner on the scandal at 12.30pm today.

Mr Cameron was taken on as a paid adviser after he left Number 10, and used his contacts to send texts and e-mails to Chancellor Rishi Sunak and other ministers and senior civil servants urging them to allow Greensill to participate in a Government Covid loan scheme for businesses.

Mr Cameron acknowledged there are “important lessons to be learned”.

Lord Evans told MPs on the committee: “I think we have seen a whole series of issues over the last few months: the Owen Paterson affair, the attempt to change the rules over standards investigations in the middle of the investigation into Mr Paterson’s actions.

“The questions around the redecoration of Downing Street, in particular the very bad processes that were clearly in place for keeping Lord Geidt properly informed.

“The Greensill affair and now partygate.

“All of those, I think, have demonstrated that there is – at least – a carelessness amongst people in Government over standards issues, and possibly no more than that.”