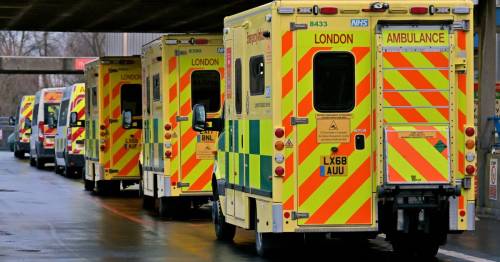 Parts of the UK have call in military help as hospitals prepare to hit an Omicron peak.

Hospitals in Greater Manchester have requested military assistance as the system braces for more pressure before the current Covid wave eases.

As patient numbers in London have shown signs of plateauing, the demand on hospitals has surpassed last year’s peak over recent days and is still rising.

NHS bosses are now in conversations with the military about assistance with ancillary support such as porter work, admin and cleaning, as staff in those fields are hit by high absence alongside their medical colleagues.

Soldiers may also be asked to provide basic care such as hydration and nutrition for those in ‘super surge’ beds – those opened up in parts of hospitals not usually used as wards, but adapted into mini-Nightingale-style step-down facilities.

The Royal Oldham, which serves one of the most deprived populations in the country, is said to be particularly struggling, as it has in previous waves of the pandemic.

Pressure is being felt mostly on beds outside of intensive care, unlike in previous waves, but the scale of the demand – which means general beds are more than 90pc full – has already seen non-urgent surgery cancelled almost across the board here, in order to free up staff.

That work is expected to remain on hold for another fortnight and managers admit hospitals may yet have to declare a ‘black alert’, known in the NHS as an OPEL 4 escalation.

Chris Brookes, acute lead for Greater Manchester and an A&E consultant at Salford Royal, says the system has been holding together so far, but while January is always extremely difficult, ‘it would be wrong for me to say it’s not more intense a pressure, because it is’.

“The word I’d use is uncomfortable. When bed occupancy is in the low to mid 90 percents, that is an uncomfortable place.”

It comes as the number of Covid deaths reported in the UK in the last 24 hours has soared to 398, setting a new highest total during the Omicron wave.

Latest Government figures show the number of deaths has increased by 19 since yesterday.

A lady walks coronavirus test centre which displays a sign saying 'Lets get tested, lets get vaccinated in Newcastle
(

The latest figures come as a frontline doctor says it is looking ‘increasingly likely’ the country will be able to ride out the Omicron variant.

Dr Richard Cree, an intensive care consultant at James Cook University Hospital who has blogged about his work during the pandemic, said: “Across the country, the number of people being admitted to hospital following infection remains high.

“However, the number of people being admitted hasn’t risen as high as I feared it might and it may even be starting to plateau.”

Previous : Phillip Schofield warns Boris Johnson ‘vultures are circling’ after grovelling apology
Next : Prince George snap was ‘wake-up call’ for Harry and Meghan that they ‘wouldn’t be stars’