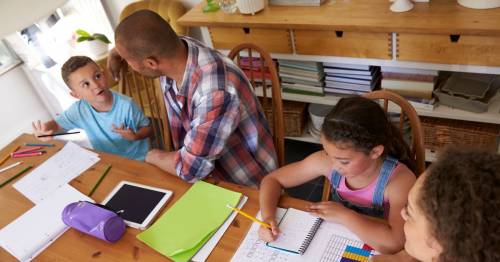 Reforms to education will help every child fulfil their potential wherever they live, raising standards and improving the quality of schools and higher education, according to The Queen’s Speech.

Thousands of families will have their hearts in their mouths reading that. Because they know that the Government thinks that school attendance is at the heart of the solution. But for many children, school feels like an unsafe place, full of fear and anxiety.

For those children, it’s not learning that’s the problem, it’s the place they are forced to learn in and the way that schools make them learn – with a one size fits all approach that stops them reaching their full potential.

There has been a big focus on mental health campaigning in recent years. Adults with poor mental health are encouraged to go to the GP, get signed off sick, get a sick note for the boss, and stay off work until we feel better.

Makes sense, doesn’t it? Because mental health is as important as physical health.

But if you’re a child with poor mental health, different advice applies. If your parents let you stay off school, or if you turn up to school, have a meltdown, and bunk off again, things are very different. Time off to deal with mental health may be called truancy. And the eventual outcome of persistent truancy is that the parents of kids who won’t go to school can be sent to prison.

In Britain, over three quarters of a million kids refuse to go to school. The government calls them ‘persistent absentees’. The language used around these kids is far too often about misbehaviour, not their often unrecognised emotional and mental health needs. So children are labelled as truants, without anyone looking at the complex reasons why kids end up choosing to avoid school out of desperation.

For many kids, especially those with conditions such as autism and ADHD, school is a brutal place, where they are forced to fit in in ways that it is almost impossible for them to cope with. Many put on a ‘mask’ that everything is fine, until one day they pop – all the stress bursts out, and they refuse to go back.

At which point schools say something along the lines of ‘they always looked fine in school, and truancy isn’t fine’ and the process of forcing the child back to school continues with a vengeance. These kids need individualised support, not to be squashed back into rigid ways of teaching that don’t work for them – ways that make their fears and anxieties even worse.

The irony is, schools are becoming more and more like workplaces – all about clocking in and out, doing as you’re told, with less emphasis on how to think, than what to think, to pass exams. Which raises the question – isn’t it time we started treating our kids more like adults in a different way – by taking their mental health very seriously, giving them proper, individualised support to help them feel safe and to get better, and not threatening to lock up mum and dad because they are ill?

Previous : Elon Musk to allow Donald Trump back on Twitter after promising ‘massive change’
Next : Passport office chaos as hundreds of holidaymakers queue outside for hours