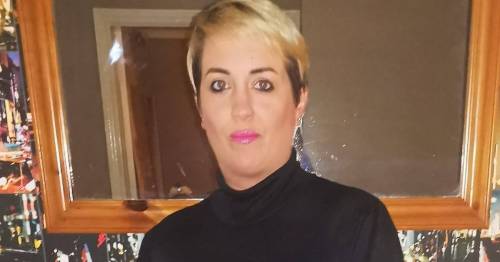 A paedophile woman told men there were "no boundaries" as she encouraged the rape of a little girl.

Vicki Bevan, 37, held conversations about the sexual abuse, rape and torture of the child as well as images of the attacks were found on her phone.

Bevan alongside Paul Rafferty, 62 and Tony Hutton, 42, were all involved in the systematic abuse of a girl under 10 years of age between 2019 and 2021.

All three pleaded guilty to several sexual offences in January this year.

Bevan held conversations between the three about the sexual abuse, rape and torture of the child, Liverpool Crown Court heard.

At one point, one of the men asked her if she had any boundaries to which she darkly replied: "No, none at all…"

Police found images of the abuse, including rape, on her phone and it was shared with the two men as well as more widely on the platform Kik Messenger.

The three shared images of Bevan abusing the child on her own but the men also took part in the abuse in person.

The abuse came to light when a fourth man was arrested on suspicion of possessing indecent images of children and police found images of the abuse Bevan carried out on his phone.

A video was also recovered by police showing Bevan sexually abusing the child.

Tony Hutton, 42, was jailed for 4 years for child sex offences
(

Paul Rafferty, 62, was jailed for 10 years and further 4 on extended licence
(

She was arrested in October 2021 and Rafferty and Hutton were arrested a few weeks later.

Rafferty and Hutton both admitted they were the men in the images of the abuse but said Bevan was the instigator.

Bevan claimed that a lot of the talk of what she would do to children was fantasy and that she would never act it out. She claimed to be sorry for what she had done to the young girl.

Bevan was jailed for life at Liverpool Crown Court today.

She must serve a minimum of 10 years and 44 days before she can be considered for release.

The court heard Bevan held conversations about the sexual abuse, rape and torture of the child
(

Rafferty was jailed for 10 years and a further 4 on an extended licence, while Hutton was jailed for 4 years, two to be served in prison and two years on licence.

He added it was likely the victim would suffer "severe psychological harm" as a result of what had been done to her.

The defendants were all given a restraining order to prevent them from having any contact with the victim. Additionally, a Sexual Harm Prevention Order was imposed on all three.

This prevents them from having any unsupervised contact of any kind with a child. They also cannot use a computer or access the internet without informing the police.

Senior Crown Prosecutor Pauline Newrick, a specialist prosecutor with CPS Mersey-Cheshire Rape and Serious Sexual Offences (RASSO) unit, said: “This is one of the worst cases I have been involved in, in my time at the Crown Prosecution Service. There are certain cases where it is difficult to get out of your waking thoughts.

“This is a woman who has gone out of her way to satisfy her own sexual needs and those of men she communicates with online by abusing a young girl. She has assisted men to rape and sexually abusing this child and has also sexually abused her for her own personal pleasure.

“If she had not been caught, no doubt she would have continued arranging for this young girl and potentially others to be abused by herself and men in the most horrendous way. She has not confined herself to the actual abuse – she has encouraged others to participate. What woman could do that to a child?”

Ms Newrick added: “An innocent child is at the heart of this case – a child who was dragged into the depraved and sordid world of these three people who could have tried to protect her.

“That child is now receiving the care and support she has a right to expect. We hope this successful conclusion of this case helps her in the long journey ahead.”

“They repeatedly subjected them to deplorable offences, and we welcome the lengthy sentences given out by the court today.

"Thanks to our extensive investigations with St Helens Social Services these three despicable offenders are all behind bars where they pose no further risk to other children."

She added: "If you have experienced any form of sexual abuse, or know of a child being abused, please come forward and report this to the police.

“We have a specialist team committed to dealing with all forms of child abuse, who will treat any information from you extremely seriously, and will follow up every report and any information that comes in, so please report this to us.”

“I can assure anyone who reports such offences that you will be treated with the utmost sensitivity and fully supported through the entire process.”