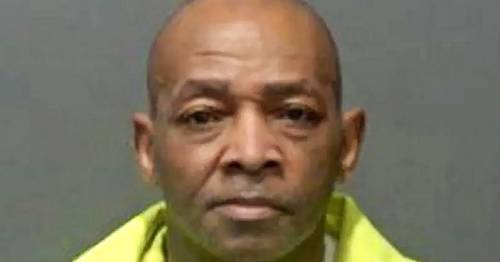 A paedophile who sexually abused young children as young as five at his home has been told he will serve a minimum of 22 years of a life sentence.

Carson Grimes, 65, was convicted in July of 36 crimes against nine young people, having began his offences in the 1980s when he was living in London.

After moving to Bedfordshire his behaviour escalated, targeting vulnerable children, many of whom came from chaotic homes and who had been in foster care.

The majority of his victims were ahed 10-14. The youngest was only five.

Luton Crown Court heard he would give the children a range of drugs – including crack and heroin – and in the case of eight of his victims he gave them a sedative to render them unconscious to carry out his sickening attacks.

The abuse happened at his home in Luton, which victims dubbed the "House of Horrors", where he would also use physical violence and even threatened one with a gun.

He was jailed for life on Wednesday, and told he must serve a minimum of 22 years.

His case was featured this week on the Channel 4 series 24 hours in Police Custody.

Prosecutor Martin Mulgrew described him at the trial as a “modern-day Fagin”.

On Wednesday Mr Mulgrew said: “The youngest victim was 5. Most were aged 10 to 14.

“He used he no protection when he had sexual intercourse with them.

“There was the use of a powerful sedative with eight of the victims to render them unconscious.

“He used physical violence. One was attacked in a bathroom. Another was threatened with a gun. Threats were made against them or their families.

“The victims were were vulnerable. He knew the authorities might not believe them if they came forward.

“He had a sophisticated modus operandi involving grooming victims. He gave them money, food and a place they believed was safe.

“They were given alcohol, cannabis and then Class A drugs, crack and heroin.

“Many saw his home as a safe haven and he was a father figure.”

Grimes, also known as Carson Phillips, of Dumfries Street, Luton was arrested in February 2018, following an allegation by one of his victims, now in his late 30s, but who was just 11 years old when Grimes groomed, raped, and sexually abused him in the early 1990s.

He was convicted of 11 counts of rape, 8 of buggery, 11 of indecent assault and 6 of indecency with a child.

He pleaded not guilty to the charges and still denies his wrong-doing, said the prosecutor.

In a statement, one of Grimes’ victims said: “As a child, I thought Carson was my friend, and that he cared about me, but he was giving me alcohol and putting drugs in it so he could do what he did. He then made me believe that what he was doing was OK and natural.

“I spent my life lying to cover up what he did. He took away my innocence, caused me to hurt all those around me; he made me confused about who I was and caused me a lifetime of suffering, pain and hurt.”

He was convicted of 11 counts of rape, 8 of buggery, 11 of indecent assault and 6 of indecency with a child
(

Another said: “He made me believe that what he was doing was OK" and, as a result, caused "a lifetime of suffering, pain and hurt".

One of the victims watched the court proceedings on a link from a prison.

Defending, Alistair King said Grimes was in poor health, now aged 65 and had not offended for 19 years.

Jailing him, Judge Lynn Tayton QC said:”You are a sexual predator who preyed on children and vulnerable individuals. You used alcohol and drugs to incapacitate them to abuse them.

“You had a lifestyle in which rapes and sexual assaults were committed regularly with no consideration for anything other than your own gratification.”

The judge went on: “All the victims were traumatised by what you did. The one thing that should be said is that non of them are responsible for the crimes committed by you. It has taken a long time for many of them to speak out.”

Defending, Alistair King told Luton Crown Court Grimes was in poor health, now aged 65 and had not offended for 19 years
(

She said: “It is clear to me notwithstanding the last offence occurred in 2002 that you are a dangerous man.

“You perpetuated a campaign of the most serious sexual abuse against children and young people over a 20 year old period.”

Senior Crown Prosecutor for the CPS Rachel Rowell said: “This is a truly shocking case in which a sexual predator systematically took advantage of vulnerable children who did not have strong support networks at home.”

Superintendent Steve Ashdown said: "I have not come across an offender who has caused this much harm, to this many people."

He said: "I am sure there are many more out there and I would encourage them to come forward."

Mr Asdown said: “The force worked through thousands of documents such as health, prison and school records, which highlighted the impact of the abuse on the youngsters' subsequent behaviour.

He said some became "prolific burglars", had addiction problems, self-harmed or attempted suicide, with one taking their own life.

The officer said there had been "wide-ranging psychological trauma" in all Grimes' victims.

Superintendent Ashdown said all the victims blamed themselves, but "the only person to blame is Carson Grimes and to recognise that takes courage."

Previous : How to avoid ‘world’s worst super cold ever’ which is sweeping the nation
Next : Computing firm OVHcloud IPO set to go ahead at low end of price range