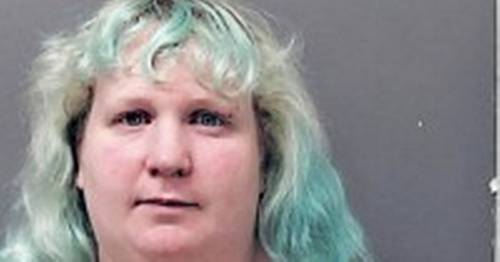 Paedo mum, 32, who had sex with boy, 15, after meeting on social media jailed

A mum who had sex with a 15-year-old boy she met on social media has been jailed.

Suda Epuna, now 32, from Hull, sent the teen explicit messages and pictures detailing her fantasies, and the pair had sex a total of seven times.

At one meeting, her daughter was present when they had intercourse, Hull Crown Court heard. .

She told him her true age, 29, and he lied saying he was 17, Manchester Evening News reports.

She invited him to her house and asked whether he was a virgin. He said he was and she asked him to smoke weed with her.

Hull Crown Court heard how on one occasion, Epuna's daughter was present when she had sex with the teen boy
(

The prosecutor said Epuna hugged and kissed the victim and asked him to touch her.

She then lead him upstairs where they had sex.

The second time they met, he admitted to her that he was 15, but that "did not deter her,” he said.

The court heard they had sex seven times in total.

The victim’s grandmother was in the hospital when the offence occurred. He had told her about his contact with Epuna and she said she would sort it out and speak with her after she was discharged.

Unfortunately, she died while in hospital.

Text messages conversations between the two showed the victim telling Epuna he loved her.

“If people know I am with you, prison.”

The victim had asked Epuna to get her copper coil contraception removed, she told him she had made a doctor’s appointment, but later told him ‘she did not want him to be a father at 15’, the court heard.

In further text conversations, the two discussed sex positions and she sent him pornographic images detailing what they were.

The two ended communication in September, 2019 when the victim said he ‘could not take it anymore and did not want to get her into s**t’. The defendant replied that she was heartbroken.

In a statement read in court, the victim said: “I feel embarrassed by what happened. She was a lot older than me and I feel she tricked me.

“I was only 15 and inexperienced, I was also curious and naive as many boys are my age.

“My grandmother was unwell and she was aware of that. I feel she took advantage of me. I just went along with it.”

David Godfrey, mitigating, said Epuna feels great shame because of what has happened and her daughter has been removed from her care as a result.

He said that Epuna was a socially removed woman who was lonely when this happened and felt flattered, but knows what she was doing was wrong.

Jugde David Tremberg said to Epuna: “It became clear the victim was only 15. You said if people found out you could go to prison, you went into it with your eyes wide open.

“You used him for your own sexual gratification. You left him feeling embarrassed.”

He sentenced her to 32 months in prison.