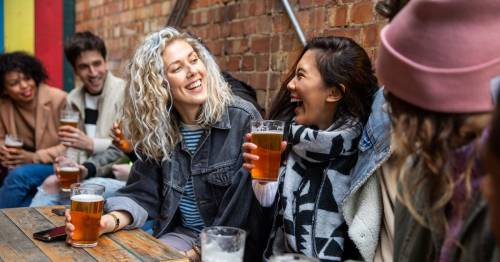 Over 160 students spiked at bars during Freshers’ Week at one university, group claims

A university group claims 167 students were spiked with drugs like MDMA and Ketamine at venues during Freshers' Week.

Durham Night In, an Instagram page calling for a boycott of venues in the city, shared a shocking table claiming to list the most prolific spiking hotspots among popular bars.

While many of the incidents were reported as involving "unknown substances", other victims claim to have been laced with Class A drug MDMA, and horse tranquiliser, Ketamine

The table seen by The Mirror and compiled by Durham students contains a list of 11 venues with additional details about each case.

Several bars have said they are bolstering security in the wake of city-wide reports of spiking.

One bar said to be most prolific has increased door staff numbers and will be carrying out more searches.

Other measures include staff carrying out drug searches on each other, higher resolution CCTV cameras and lids for their plastic pint glasses.

It said it will pass on anyone caught spiking to the police.

Other bars said to be particular hotspots for the crime also released similar statements.

It comes after the university came under fire for posting a tweet about how students can "prevent" being spiked.

The Durham University Student Wellbeing account told students "don't get spiked" and advised people to protect others by reporting cases to police.

The tweet, which has now been deleted, read: "Drink Spiking is dangerous and something that you can prevent from happening to you and your friends.

"#dontgetspiked Contact the police as soon as possible in a suspected case so an investigation can be conducted and others protected."

Students have been left outraged as student leaders have said it is "victim-blaming, ChronicleLive reports.

"What was this supposed to achieve other than to divert attention away from predators and predatory behaviour? Disappointed for the umpteenth time."

He added: "Disappointing. Spiking is assault so this hashtag is widely inappropriate.

"All guilt lies with perpetrators – the primary focus must be on them."

A spokesperson for Durham University said: "We appreciate the feedback on our recent post about drink safety.

"Students have reported concerns to us about drink spiking on nights out.

"We take this very seriously and work with the police and others on guidance to help people be safe and report incidents.

"We also regularly train staff and student representatives on drug and alcohol awareness.

"We always aim to support our students and take opportunities to learn and improve our messaging on important topics like this."

Previous : Overweight mum drops 9 stone over fears Covid-19 would take her from daughter
Next : Snap is better off without the rose-tinted filters