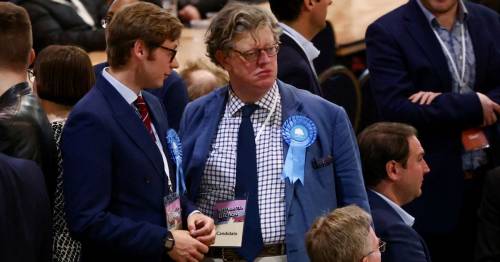 Boris Johnson faced a backlash from local Tory leaders as his party lost major London authorities to Labour and suffered setbacks across England.

Sir Keir Starmer's party further strengthened its grip on the capital, taking the totemic Tory authority in Wandsworth, winning Westminster for the first time since its creation in 1964 and clinching victory in Barnet.

As dozens of Tory councillors lost their seats against a backdrop of the row about lockdown-busting parties in No 10 and the cost-of-living crisis, local Conservative leaders criticised the Prime Minister.

John Mallinson, leader of Carlisle City Council hit out after Labour took control of the new Cumberland authority which will replace it.

He told the BBC: "I think it is not just Partygate, there is the integrity issue.

"Basically I just don't feel people any longer have the confidence that the Prime Minister can be relied upon to tell the truth."

"People were broadly positive about the Government’s policies but they’re not happy with what they’ve been hearing about Partygate.

"He needs to confront up & answer question."

In Portsmouth, where the Tories lost four seats, Simon Bosher the leader of the Conservative group said Mr Johnson should "take a good, strong look in the mirror" because "those are people that are actually bearing the brunt on the doorstep of behaviour of what's been going on in Westminster".

A Conservative Party supporter reacts to the counting process
(

Ravi Govindia, leader of the Wandsworth Tories, said: "Let's not be coy about it, of course national issues were part of the dilemma people were facing."

Before the final results were declared in Barnet, the Conservative group leader Daniel Thomas conceded defeat, saying the loss was a "warning shot" from his party's supporters.

"Clearly if Labour are to get a majority in Parliament they need to win Barnet," he said.

Conservative Chris Allen, (centre) who lost the Langdon Hills ward to Independent candidate Walter Brown, at the count at Basildon Sporting Village, in Basildon, Essex, during the local council elections
(

"They won the council, if they win our parliamentary constituencies as well, then it doesn't bode well for us to form a Government in future general elections."

A No 10 insider told the PA news agency they were "very sorry and sad for good Conservatives who lost their seats" and it was "tragic to think the good people of Westminster and Wandsworth are now destined to pay higher taxes".

Another Conservative Party supporter in London
(

"But overall, across the UK the Conservatives have so far done better than expected," the source insisted. " Keir Starmer is clearly not making the progress he needs to even dream of being in government and it's hard to imagine any other Conservative leader doing better than this."

Conservative Party chairman Oliver Dowden said that while the party had suffered some "difficult results" it was not the time to replace their leader.

"Labour are certainly not on the path to power and I believe that Boris Johnson does have the leadership skills, in particular the energy and the dynamism that we need during this difficult period of time," he told Sky.

He told BBC Breakfast: "Of course we've had some difficult results and you can see that in London.

"I would say, though, that we are mid-term and it's quite a mixed picture because you look elsewhere, whether that's in Hartlepool or Nuneaton and Thurrock, we've actually made gains and I think if you take the whole picture of this, it really doesn't demonstrate that Labour has the momentum to form the next government".

He also said: "This isn't like what Tony Blair got in say '95 two years before his election victory, they were making 1,800 gains. If you look at Ed Miliband (he) managed to make 800 gains in 2011 and still not win the election".

Previous : Keir Starmer beer-drinking claims during lockdown to be investigated by police
Next : Cherry trees draw fans wherever they bloom