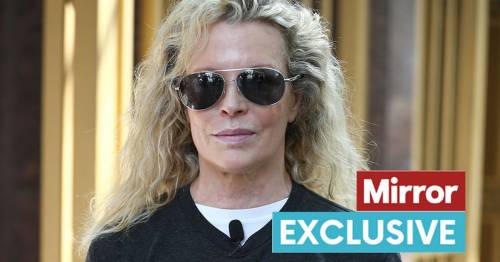 Oscar-winning actress Kim Basinger is backing the Mirror’s campaign to ban fur sales in the UK.

The Hollywood star has urged Boris Johnson not to “betray the animals”.

Kim, 68, called on the Prime Minister not to ditch the proposed ban on fur imports.

She said: “Please, Boris, listen to the British people. Please ensure the Animal Abroad Bill is in the Queen’s Speech next week.

“Be the voice of the majority of your people. Stop the cruelty and suffering in the name of vanity and greed.

“The UK has to stop buying from Finland, China and the US to stop the bloodbath. It is so antiquated. Until we stop exchanging blood between countries, the suffering won’t stop.”

Prime Minister Boris Johnson arrives at a polling station with his dog Dilyn to vote during local elections in Westminster, London
(

The American also urged the Prime Minister to consider how he would feel if his dog, Dilyn, was confined to a cage.

Kim added: “Do you want to step back and allow this archaic industry to continue? It’s from another era.”

In 1994, Kim – who won a best supporting actress Oscar for her role in 1997 film L.A. Confidential, and also starred in 9½ Weeks – was one of the first celebs to pose nude for the “I’d rather go naked than wear fur” poster campaign for animal rights group PETA.

Speaking about her decision, she said: “I said I’d rather go naked than wear someone else’s coat. I don’t consider [that fur is] beauty. It is pure vanity. Animals are not ours to torture and use.”

Our phone interview is briefly interrupted when my rescue cat Domino starts yowling for attention and tearing around the room.

Kim laughs and says she understands as she has adopted many stray animals over the years.

Peta's 'I'd Rather Go Naked Than Wear Fur' campaign

These include her dogs Ellie, saved from a Chinese laboratory, and Hank, who she says was in a terrible state.

Kim credits her mum for teaching her to respect animals, something she says she has passed down to her 26-year-old daughter, Ireland, from her marriage to actor Alec Baldwin, 64. The couple divorced in 2002.

Four years ago, model Ireland, followed in her mum’s footsteps by posing naked for a Peta image, saying: “If you wouldn’t wear your own dog, you shouldn’t wear fur at all.”

In 2018, wildfires in California destroyed almost the entire town of Paradise and forced thousands of people out of their homes in the affluent beachside city of Malibu. Kim’s home was wrecked.

She said: “I thank God my animals weren’t there as I would probably be in jail today as I’d have tried to get back in the house and so would have my partner [hair stylist Mitch Stone]…

Kim kisses her Oscar during the Academy Awards in 1998
(

“The real tragedy is that hundreds of thousands of animals were burnt to death.

“We must do something to stop this [climate crisis]. Without animals, we don’t have a planet.”

Vegan Kim said she has been against “killing anything” since she was a little girl. She added that she believes moving towards a plant-based diet is the best way to protect the planet.

She has also called on celebrities including reality TV stars the Kardashians to use their influence to fight for worthy causes, saying “collectively we could move mountains”.

Kim said: “There are so many entertainers with so much influence that they could get some of these horrible trades completely obliterated.

“I don’t care who gets the job done – Joe [Biden], Leonardo [DiCaprio] or the Kardashians.

Kim added she is “ashamed” that around 275 mink farms are still in operation in the US.

She said the only way to end the trade is for the “import business to dry up”. The star also talked about her long admiration for Britain.

“I love the UK and have so many connections,” Kim said. “I love the Beatles – they are my favourite group.

“I have so many memories from being a young girl looking towards the UK. I loved all the fashion, I loved Twiggy and everything that comes out of London. It is a dream spot in so many people’s lives.”

She also praised the Queen for only using faux fur in new outfits.

Kim is the latest celebrity to support our fight to tackle the fur trade.

Since the Mirror launched the Fur Free Britain campaign with Humane Society International/UK in 2020, we have been backed by stars such as Dame Judi Dench, Ricky Gervais, Gary Lineker, Brian May, Fearne Cotton, Joanna Lumley and Simon Pegg. The Mirror has revealed horrific cases of fur farms abroad.

Since banning fur farming in 2000, the UK has imported fur worth more than £850million.

“If the Animals Abroad Bill is not announced in the Queen’s Speech, it will be a hugely disappointing betrayal.”