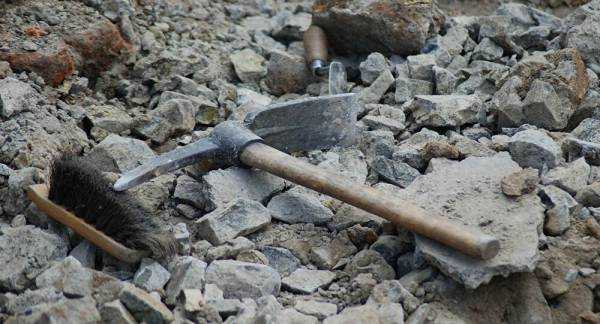 The items reportedly discovered at the site include a horse harness and a sword, as well as “decorated straps, buckles, rings, ornaments and chariot wheel axle caps”.

A hoard of ancient artefacts dating back to Bronze Age has recently been discovered in the Scottish Borders via the use of a metal detector.

According to the Independent, the find was made by one Mariusz Stepien who was searching a field in the vicinity of Peebles when he stumbled upon a bronze object buried about half a meter underground.

Having constructed a shelter to protect the find from elements, the archaeologists who were involved in the dig have spent 22 days exploring the site, unearthing “a complete horse harness, preserved by the soil, and a sword dated to 1,000 to 900 BC”, the newspaper notes.

“I was over the moon, actually shaking with happiness. We wanted to be a part of the excavation from the beginning to the end”, said Stepien. “I will never forget those 22 days spent in the field. Every day there were new objects coming out which changed the context of the find, every day we learned something new”.

​Other items found at the site include “decorated straps, buckles, rings, ornaments and chariot wheel axle caps”, with the newspaper also mentioning “evidence of a decorative ‘rattle pendant’ from the harness” being discovered, which is apparently “the first one to be found in Scotland and only the third in the UK”.

The artefacts have reportedly been delivered to the National Museums Collection Centre in Edinburgh, with the newspaper pointing out that “all newly discovered ancient objects in Scotland belong to the Crown, and must be reported to the Treasure Trove Unit”, and that Stepien did just that.

“This is a nationally significant find — so few Bronze Age hoards have been excavated in Scotland”, said Emily Freeman, head of the Treasure Trove Unit. “It was an amazing opportunity for us to not only recover bronze artefacts, but organic material as well”.

She also remarked that “there is still a lot of work to be done to assess the artefacts and understand why they were deposited.”