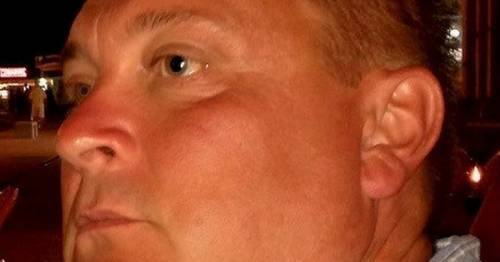 The widow of a man killed with one punch by a stranger has hit out against his killer's "disgusting" two-year prison sentence.

Claire Fulcher, 51, was with her husband Ian Clitheroe, 50, when he was attacked outside a pub in Huntingdon, Cambs in January.

The roofer died in hospital four days after he was hit by Jake McFarlane, 22 who was jailed for two years after admitting manslaughter.

Mr Clitheroe's family have since spoken out about their agony and are calling for harsher sentences.

Speaking through tears, Ms Fulcher said: "When you see that happen to the person you love you never get over it.

"You never get over the noise his head made when it hit the road and cracked his skull open. It's just something you hear all the time.

Jake McFarlane, 22, threw the killer punch outside a pub in Huntingdon
(

"I will never get those images out of my head. Jake ran up behind Ian and hit him square in the face. He didn't see it coming and had no chance to defend himself."

Ms Fulcher, who was in a relationship with Ian for 20 years, called for one punch killings to have their own minimum sentences, such as in Australia.

The mum-of-one said: "Jake got two years but because he pleaded guilty he only has to serve one year in prison [before being released on licence] for taking someone's life. It's disgusting.

"One punch killings deserve a sentence of their own. If people were aware of the sentences being longer it might make them think twice before they go and hit someone."

Claire is supporting a petition to increase sentences for one punch killings to match those of murder.

She added: "The sentencing hearing was so distressing, we were in bits. We thought we would leave court feeling a little bit of justice had been done so we could move on with the grieving process."

McFarlane confronted and punched Ian at around 1.30am as he believed he was arguing with a woman outside the Samuel Pepys pub, a court heard.

Mr Clitheroe, who lived with his wife and her daughter, fell to the ground and suffered a cardiac arrest. He was rushed to hospital but sadly died on February 3.

"The punch he gave my brother was no accident. He hit him with such force that it broke my brother's nose and eye sockets," Ms Jarmany said.

"Ian literally just fell straight over backwards like a tree trunk. He fractured his skull at the bottom and top.

"He went into cardiac arrest and once the ambulance got there they spent an hour working on him to get him breathing again.

"He was put onto a life support machine but they had to turn off the support three days later."

McFarlane was arrested in the afternoon on the same day of the attack at Huntingdon Train Station after he had purchased a single ticket to Norwich.

He was jailed for 24 months at Peterborough Crown Court on April 29 after pleading guilty to manslaughter.

The brute was also handed a consecutive 21-month prison sentence for possessing cocaine with intent to supply.

Ms Jarmany said: "I would have liked to have seen him get a life sentence. It's life for life.

"Realistically I know that's never going to happen but if he had been given 10 years we would have been happier.

"At least he would have served five years. That seems more reasonable for taking someone's life."

She added: "Young men need to realise that just one single punch is enough. If it was a stronger sentence [for McFarlane] then it would make people think twice before punching someone."