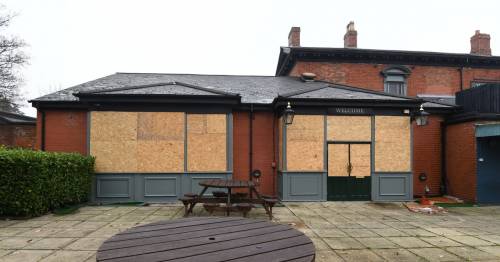 More than 9,000 pubs, restaurants and other licenced premises have closed since the start of the Covid crisis – an average of one every two hours.

Research by consultants CGA and AlixPartners found 106,000 such venues were left, after an 8% drop between early 2020 and now.

And there are fears that many more could shut because of a surge in energy, raw ingredients, wages and other costs for business owners.

The number of traditional community pubs that mainly rely on drinks sales fell by another 1.5% in the first three months of this year.

Another part of the hospitality sector still reeling despite the lifting of Covid restrictions is nightclubs, where numbers fell by another 1.7% since the start of this year.

The number of traditional community pubs that mainly rely on drinks sales fell by another 1.5% in the first three months of this year
(

Karl Chessell, CGA’s director for hospitality operators and food for Europe, said: “Heavy inflationary pressures and staffing and supply issues are making conditions extremely difficult, and we can expect to see a steady flow of both closures and new openings as the year goes on.”

Graeme Smith, a managing director at AlixPartners, said: “While it is encouraging to see a smaller decline in sites than we have in past quarters – and robust performances from some within the industry – the sector is still 9,200 sites lighter than when we entered the pandemic two years ago.”

Previous : Everything you can and can’t do in self-driving cars – from drinking to using phone
Next : UK weather forecast: Scorching 22C highs this weekend as country to bask in glorious sunshine