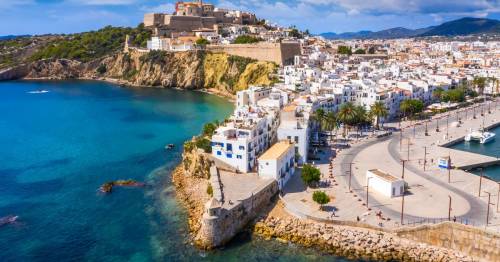 Nearly a third of the 83 people in Ibiza’s Covid quarantine hotel are British tourists.

Holidaymakers from the UK are the top-ranking nationality at the four-star Hotel La Noria in the popular resort of Playa d’en Bossa.

They make up 30% of the people shut away at the hotel, which is at nearly 90 per cent of its capacity with 75 of its 84 rooms occupied.

All but one of the Covid patients are tourists. One of the British holidaymakers there described it as "hell" at the weekend as she warned others planning on travelling abroad to "think twice." 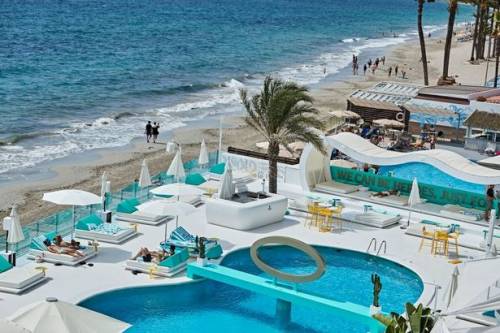 The British government moved Ibiza and the other Balearic Islands to amber on Monday just three weeks after making it the only Spanish ‘green’ region on its traffic light travel system
(Image: Getty Images)

A second hotel in Ibiza, the three-star 110-room Rosamar Aparthotel in Cala de Pou near the Brit-popular party resort of San Antonio, is due to start operating on Thursday following a spike in the number of Covid cases on the island.

The British government moved Ibiza and the other Balearic Islands to amber on Monday just three weeks after making it the only Spanish ‘green’ region on its traffic light travel system.

The same day it lifted quarantine restrictions for returning UK holidaymakers from amber list destinations like Spain who are fully-vaccinated.

But it made France an exemption by declaring it an “amber list-plus” country, meaning fully-jabbed tourists still have to self-isolate for 10 days.

The decision has fuelled fears popular holiday destinations like Spain and Greece could be added to the list.

Local reports today said some tourists who had tested positive for Covid had opted against transfer to Ibiza’s official Covid hotel.

The number of tourists who have decided to stay put at their chosen holiday hotels has not been made public. 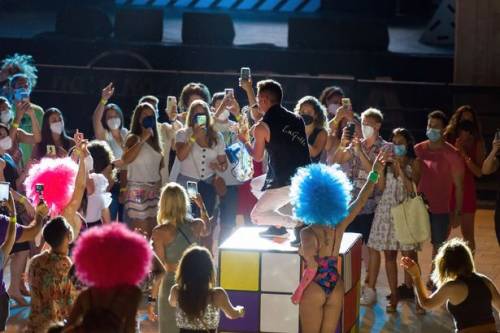 More than 200 Covid patients are currently being treated in hospitals in Majorca, Ibiza and Menorca.
(Image: Europa Press via Getty Images)

Fourteen of the 19 rooms at the Covid hotel on the neighbouring island of Formentera are currently occupied, although the nationalities of the people quarantining there has not been revealed.

Balearic Islands health chiefs on Tuesday confirmed 26 new Covid patients had been admitted to hospital in the region, up nearly 15 per cent on the number announced the same day last week. Four are in intensive care.

More than 200 Covid patients are currently being treated in hospitals in Majorca, Ibiza and Menorca.

On Monday the regional government tightened Covid restrictions and said they were recommending the use of face masks at all times.

Self-employed hairdresser Kimberley Mcllwham revealed on Sunday she had been forced to quarantine at Hotel La Noria in Ibiza and branded it "hell."

The 28-year-old told the Sunday Mail: "The hotel is basic and we have to stay in our rooms. But the food is appalling.

"It's been like hell for me and I'm desperate to get home."

Previous : Mum panics after spotting escaped tot on baby monitor – before realising hilarious mix-up
Next : Martin Lewis warns there are just days left to claim a free £125 from your bank