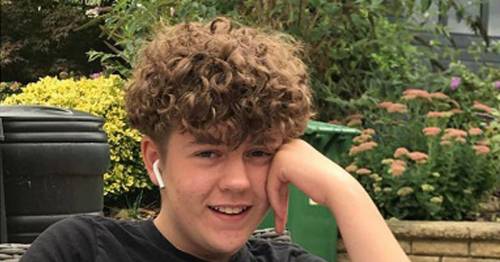 Olly Stephens: Dad of teen stabbed screamed ‘my boy, my boy’ as he ran barefoot to park

Olly Stephens' dad screamed "my boy, my boy" when he ran barefoot from the house to find his son dying in a park after he was stabbed.

The 13-year-old's parents spoke after three "utterly cruel" schoolchildren were jailed yesterday after they "lured" Olly to a park before stabbing him to death.

The killers, who were 13 at the time, attacked the lad in Reading, Berks., after a dispute on social media.

Yesterday, mum Amanda Stephens said husband Stuart ran barefoot from the house to get to Olly.

She said: "I remember when I got there, Stuart just fell to his knees and he was just screaming ‘my boy, my boy, no’.

"I looked over and Ollie was completely lifeless."

Stephen stayed by Olly's side as paramedics tried to save him.

He said: "I knelt down and held his hand and there was no response and he was cold and lifeless.

"The thing that sticks in my mind was when I went up to the field, everybody turned around — the horror was just written all over their faces."

Stuart has hit out at the "vain selfish girl" who lured his son to his "cruel execution" in his heartbreaking victim impact statement.

The girl, 14, had tricked Olly into coming to a popular dog walking field close to his house, where was ambushed by two other boys.

Stuart, who came face-to-face with his son's killers in court, relived the moment he ran to find his son dying.

Through tears, Stuart said: "The cruel actions of a vain selfish girl has led to Olly being trapped and slain.

"The day she walked into his life is a day we will forever regret.

"We as a family hold all three of you equally accountable for his death, there will no forgiveness from us, ever.

"We are no longer the people we were and we will never be the same again."

He continued: "All of this destruction for what? Hearsay, gossip, lies and deceit. Your actions have reduced our son to a bag of ashes, he did not deserve this fate. No child deserves to meet such a callous end.

"Olly was unaware of what was being planned for him and he was unarmed.

"The callousness in which they planned this left us chilled to the bone. This was nothing short of an execution.

"Is this how we repay our serviceman, we have created a society where the needs of our children are neglected and so they turn feral and slaughter each other."

He added: "[Olly] didn't deserve his fate no matter what he might have said or done, no child deserves such a callous fate.

"We will forever crave time with our son, the love of our child overshadows everything we do. It is because of jealously and rumours that our son is gone.

"It turns my stomach daily to think of his final moments, to have him extinguished in this manner. One foul act has condemned us all to a miserable future.

Olly was 'ambushed' in the park by two teen boys, who have been convicted of his murder
(

"We as parents worked extremely hard to provide a loving environment for our children, this was our reward.

"The callous cruel murder of Olly has ripped the soul out of our family. No justice can compensate us for our loss."

The boys, now 14, were convicted of murdering Olly following a trial at Reading Crown Court this summer.

On Friday, they were sentenced to 12 and 13 years in a young offenders institution.

The girl who set up the "ambush" had already admitted manslaughter and did not stand trial.

She was given a sentence of three years and two months.

The three defendants cannot be named because of their age.

Stuart added: "I had one job as a father, to protect my children, and I failed miserably – I will never forgive myself."

Olly's mum Amanda said: "Why didn't just one of them step in to stop it happening, why didn't one care enough to stand up for him?

"Olly always stood up for the underdog, it got him into trouble, but that was just him."

Jurors were told the killers had shared several hostile messages about Olly on Snapchat in the days prior to his death.

The girl said in one message: “Karma – he [Olly] deserves all of this.”

Olly was convinced to go Bugs Bottom field, where he was "ambushed" by the two boys.

The younger of the two boys inflicted fatal blows to Olly's body.

The younger boy was sentenced for murder, and perverting the course of justice after he admitted disposing of clothing worn at the time of the attack.

The older boy was sentenced for murder, and two counts of perverting the course of justice for deleting apps from his mobile phone, which he admitted, and for throwing away clothes worn during the attack, which he denied but was convicted of.

The girl pleaded guilty to manslaughter and perverting the course of justice by deleting data from her mobile phone.

The trial was held in special conditions due to the defendants' ages.

Speaking outside court, Detective Chief Constable Andy Howard, said: "No parent should have to endure the horror of their child dying in this way.

"A 13-year-old boy with a bright future ahead of him has died in violent and distressing circumstances and his family and friends have been devastated by his loss, and three other young people and their families have had their lives changed forever.

"The implications for their futures are also devastating."