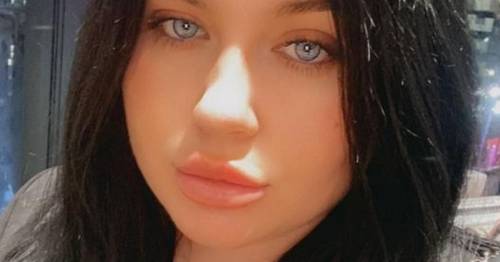 A young woman told her best friend how much she loved her before stabbing her 18 times weeks after an alleged 'joke', a court heard.

Nursery worker Lauren Walsh is claimed to have joked weeks earlier "I could kill you all" before the attack.

The brutal attack came after Miss Gielinck discovered her bank card had been stolen. Walsh then struck, injuring both, prosecutors say.

The card had been taken by the accused and used at Home Bargains and Tesco, Liverpool Crown Court heard.

Walsh, of West Derby, Merseyside, admits theft and wounding both victims with intent to cause grievous bodily harm.

Police at the scene on Southgate Road, Merseyside
(

However, the 22-year-old denies attempting to murder the couple on April 14.

Miss Gielinck suffered wounds to her nose, face, chest, body and stomach in the alleged attack.

She also severed tendons in her hand, jurors were told, as they watched a recording of the victim being interviewed by police on April 29.

They heard how they became close working at the same nursery in 2018.

But when her card when missing, things are said to have changed between the pair.

Lauren Walsh, 22, is accused of attempting to murder a young mum and her boyfriend
(

Miss Gielinck said she posted on Facebook saying she'd been "scammed" and Walsh messaged her on Snapchat saying "oh my God, that's so bad", before turning up at her home at around midday.

The victim said she rang the police, who advised her to call the two shops and ask if they had any CCTV.

Miss Gielinck said her boyfriend returned home at around 3pm and went upstairs.

She said she remembered sitting on her sofa using her phone to scroll through social media, when Walsh walked over, tapped a knife on her chest and said: "You killed my nan."

The jury has been told Walsh later admitted to police Miss Gielinck didn't know her nan, who is still alive.

The victim said she replied "oh what are you doing" and stood up, before Walsh stabbed her in the nose.

The victim suffered wounds to her nose, face, chest, body and stomach
(

Miss Gielinck said she ran across the room, but fell and her friend was "stabbing and stabbing me".

She said Walsh pulled her top over her head, so she couldn't defend herself, before she managed to take it off.

The victim said she screamed for her partner and "ragged" Walsh by the hair onto a couch and got on top of her, then pulled the knife out of her chest, which fell on the floor.

She said when Mr Pemberton rushed in, Walsh said "Kelsey has got a knife", then picked up the blade.

Miss Gielinck said her boyfriend said "what the f***?" and pushed Walsh into the kitchen, then tried to run to the front door, but Walsh had locked it.

She recalled her friend stabbing him in the hand and then in the stomach, but said she now knew he had been knifed in the chest and back.

The woman denies attempting to murder the couple
(

The mum said Mr Pemberton shouted for help before their next door neighbour, Paul Martin, came in and told her to get outside.

Miss Gielinck said on her way out she told Walsh: "I love you."

She said: "I don't know why, it was just like I apologised, like I was in the wrong kind of thing and she just didn't say anything.

"When she was stabbing me there was just no emotion, there was nothing."

Miss Gielinck said she remembered a few weeks previously, Walsh had stayed over at their home.

While all three were together, she recalled Walsh saying: "Do you know what's mad? I could kill you all right now."

The victim said: "We just laughed it off, because that was the kind of jokey person she was, she was always joking."

She added: "I didn't think nothing of it."

Miss Gielinck then appeared in court via video link to give evidence.

Under cross-examination by Jamie Baxter, defending, the victim agreed that shortly before her partner returned, Walsh told her "how much she loved you, how grateful she was that you were in her life, and also that you were the best friend she had ever had".

Miss Gielinck confirmed her debit card was only for paying bills, kept in a drawer in her home, and she hadn't used it for more than two weeks.

Mr Baxter asked whether she recalled Walsh saying she took her card, while Miss Gielinck was on the phone to the police and speaking about CCTV.

Miss Gielinck said: "She hadn't told me she took the card."

"Are you sure about that?" the barrister said. "Yeah, I'm absolutely certain," she replied.

Mr Baxter said: "What Lauren Walsh says is she told you there and then when you were talking about trying to get footage and said 'it was me'."

The lawyer said: "I suggest it was at that stage that Lauren went to get the knife, during that emotional outburst."

She said it was in her hospital bed on April 15, when her boyfriend rang her and said: "It's in the ECHO."

Mr Baxter said Walsh "cannot recall" making a comment about how she could kill Miss Gielinck and Mr Pemberton.

He said: "But it isn't unusual for her to joke around, or anything like that, is it?"