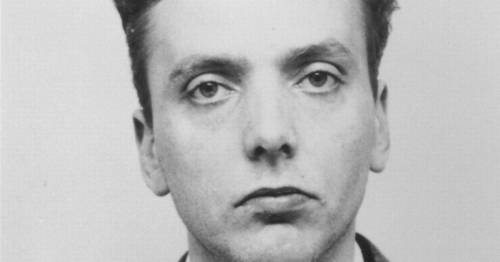 Moors Murderer Ian Brady studied a bible regarded as “the devil’s masterpiece” while locked in a psychiatric hospital.

The evil paedophile’s copy of the controversial New International Version of the bible is on sale for £550.

Brady, jailed for life in 1966 for killing five children, was declared criminally insane in 1985 and sent to Ashworth Hospital, Merseyside, where he became obsessed by religious philosophy.

Now, the book – marked with Brady’s name and hospital address – is for sale on the Dark Crimes Collectables website along with a letter from Brady to a priest called Arthur requesting it.

Arthur tells Brady: “I used my resources through the church and was able to obtain this particular pressing.”

Ian Brady studied religion while locked in a psyciatric hospital
(

Some conspiracists call the 1978 NIV “the devil’s masterpiece” because disagreements about translations from Hebrew and Greek led to claims of deliberate editing to promote evil and Satanism.

The website’s Rory Everett, 33, said Arthur is known to have reached out to various lags. He added that a boom in crime documentaries has boosted demand for memorabilia.

But he said: “We mustn’t forget their horrific crimes. Keeping their memory alive makes us aware killers are real and just because they’re consigned to history books, it doesn’t mean it won’t happen again.”

Brady and his partner Myra Hindley tortured and sexually assaulted their victims, murdering them on the Peak District Moors.